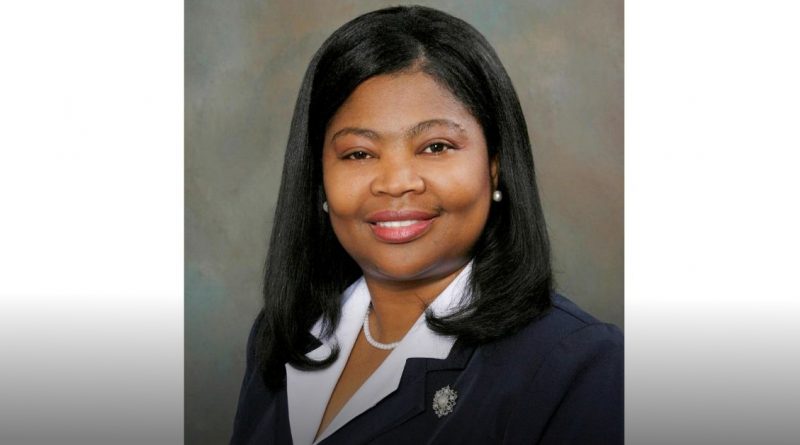 When a 7.0 magnitude earthquake struck Haiti in 2010, Marie Etienne felt compelled to help the 300,000 people that were injured in her native country.

Etienne, a nursing professor at Medical Campus, was part of a 30-member team organized by the Haitian American Nurses Association of Florida that rushed to aid survivors.

Her eagerness to serve has always been evident.

Etienne has helped thousands through her work at local hospitals and the American Red Cross and empowers crime survivors through her nonprofit organization, Global Innovative Foundation. She shows the same compassion at Miami Dade College, where she’s mentored nursing students for 21 years.

“I was born to serve with the spirit of excellence. I think I am a servant leader,” Etienne said. “I always wanted to make somebody feel better, I wanted to help. I’ve always been compassionate and empathetic toward others since I was a little girl.”

Etienne was born in Port-au-Prince, Haiti. Her mother, Lucienne Elie, moved to the Bahamas and then to Miami to work as a maid when Etienne was five months old. When her mother was financially stable, Etienne—who was 14 at the time—moved to Miami to be with her.

“My mom always taught me that we need to serve and give back,” Etienne said. “Even though [she] didn’t have a college degree, she instilled in us that we had to go to college.”

In 1988, she worked as a pharmacy technician at North Shore Hospital. Etienne became a staff nurse two years later after earning an associate’s degree in nursing from Broward College. She assessed patients, monitored their vitals and nurtured them to recovery.

After earning her bachelor’s degree in nursing from FIU in 1994, Etienne became the first college graduate in her family. She began working as a nurse clinician that year, where she prepared charts and made sure that treatment was administered correctly. In 1996, she was promoted to nursing supervisor relief.

Etienne worked at North Shore Medical Center for four years before going back to school in 1996. She earned a master’s degree in nursing from FIU in 1998. Two years later, she obtained a post master’s certificate in advanced family practice and gerontology from FIU.

Although teaching wasn’t originally in Etienne’s plans, it soon became a passion.

She was hired as an adjunct professor at MDC in 1997 and has been a full-time professor since 1999.

Students and colleagues describe her as kind-hearted, authentic and a great communicator. They point out her ability to flash a smile and maintain a positive attitude despite difficulties.

In 2007, she received the MDC Stanley G. Tate and Family Endowed Teaching Chair for Excellence in Academia Award. Three years later she earned a doctor of nursing practice degree from the University of Miami.

“Dr. Etienne is an admirable woman that holds many hats,” said Julissa Helena Williams, one of Etienne’s nursing students at Medical Campus. “The impact she leaves behind is her desire to help others without anything in return. Her passion to educate others and give what she can to assist the underserved population is simply admirable.”

Etienne has served as a faculty advisor for the MDC Nursing Student Association for 20 years. Her duties include developing the leadership skills of members, informing them of current issues in nursing and helping them transition into the Florida Nurses Association.

She is co-chair of the human trafficking task force at Medical Campus since January 2019. In addition, she is also the president-elect for the Bachelor of Science in Nursing (BSN) Honor Society and served as its faculty advisor between 2011 and 2017.

“She is probably one of the biggest hearts and most student-focused faculty members on the Medical Campus,” said Bryan Stewart, president of the Medical Campus. “She’s so talented and connected in so many ways. She really is just an amazing person.”

“The most memorable moment [from the trip] was watching her from a distance as she held and rocked an infant during our immersion trip to Immokalee while the baby’s mother was being assessed,” Williams said. “Her touch and whisper made the baby feel at peace regardless of loud and active ambiance.”

Etienne organized and participated in disaster relief efforts after an earthquake struck Haiti in 2010. Her humanitarian efforts made her one of 32 recipients worldwide—and one of the five recipients in the US—to receive the 2013 Florence Nightingale Medal the highest recognition a nurse can receive.

She has also organized medical missions serving migrant workers in the Dominican Republic since 2005.

In 2017, she received an honorary doctorate in Christian education from the Trinity Theological Seminary of South Florida for her outstanding ministries in the nursing profession and for her humanitarian work.

“She’s such a big connection with the world,” said North Campus professor Michael Lenaghan, who’s been her friend for almost 19 years. “For the students she works with, she just launches them into so many incredible professional pathways.” 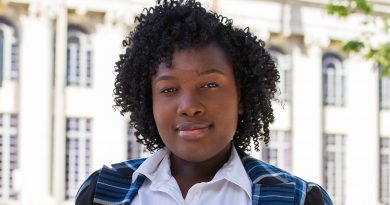