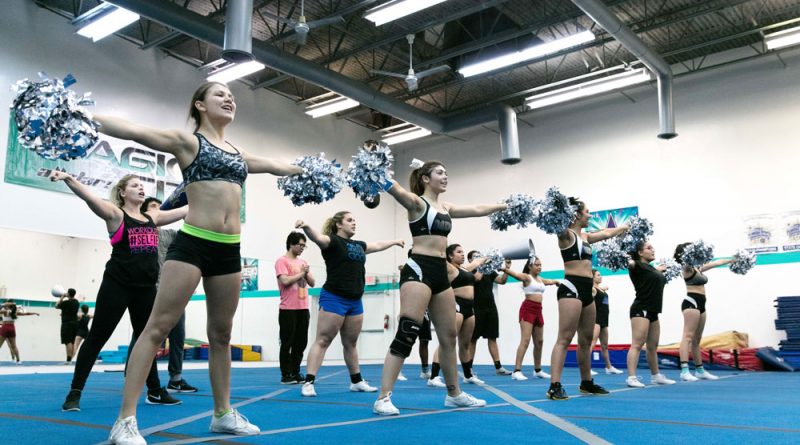 Since the program was revived back in 2012, the Miami Dade College Shark Spirit: Cheer & Dance Team has been injecting school spirit and Shark pride into most MDC sanctioned events at Kendall Campus.

The organization, the official cheerleading team for the College, works alongside Student Life and the College to participate in most sporting events and on-campus events, such as I Am MDC Day held on Sept. 6 and Spooky Night, which took place on Oct. 31.

“We are starting to get more close with the school, and they are asking us to do more appearances,” Castillo said.

The members cheer at every men’s and women’s basketball home games and they appear at other sporting events upon request.

In the 90s, when each MDC campus had their own individual sports teams, the Kendall Campus cheer team known as the Jaguars was a powerhouse in the cheerleading world. It won championships in 1995 and 1997 in the National Cheerleading Association College Cheerleading Championships.

The current team hopes to continue that legacy.

MDC Shark Spirit currently hold its practices at the Magic City All-Star Cheer gymnasium, located on 12122 S.W. 131st Ave. The cheer team practices on Mondays and Wednesdays from 9 to 11 p.m.

They train on a range of techniques such as jumps, flips, tumbling, dance routines and so on.

“They welcomed me. They didn’t judge me. They made me feel part of the team and they were embracing me,” said the team’s vice president Stephanny Ordaz about her experience trying out for the team two years ago. “If we see that you actually want to learn, we will give and devote our time to you. We will help you.”

To join the club, the only requirement is to be taking six credits per semester.

The biggest difference between this iteration of the cheer club and the one in the late 90s is that this version is under the Student Life Department as opposed to the Athletics Department. This means that, according to Kendall Campus Student Life Director Lauren Adamo, it may not be possible to compete in cheer competitions.

“MDC really only allows for academic competition travel, there’s really not athletic or intramural travel that’s permissible [for clubs],” Adamo said. “Because they are still a club, I don’t think that we would be able to support them.”

Despite this, Castillo has been in discussions with the College to hopefully be allowed to participate in competitions. The team recently acquired a bronze bid to be in this year’s National Cheerleaders Association competition.

For more information about the Cheer & Dance team at Kendall Campus, contact them through Sharknet at https://sharknet.mdc.edu/organization/mdcsharkspirit 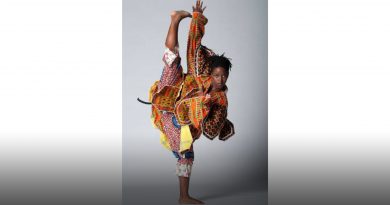