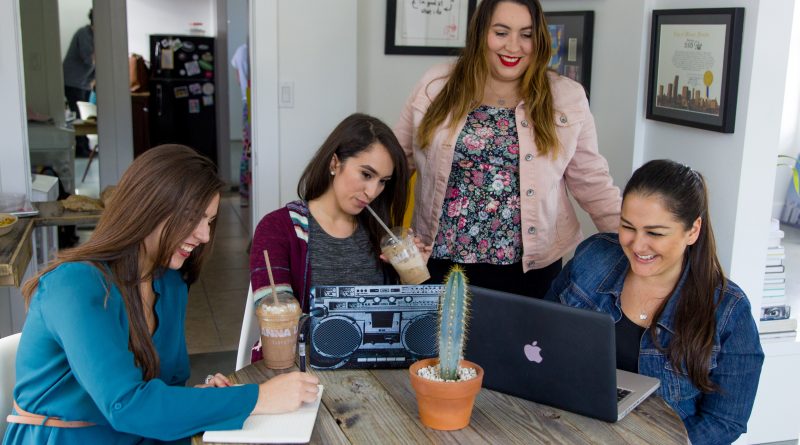 At a lot next to the iconic Flamingo Plaza in Hialeah, now known as the Leah Arts District, more than a dozen vibrant murals decorate warehouse walls.

Both projects are thanks in part to the work of Miami Dade College alumna JennyLee Molina.

As the brains behind JLPR, the boutique public relations company known for creating 3:05 Cafecito and cofounding the Leah Arts District, Molina has been promoting and championing South Florida culture since 2010.

The Hialeah native attended Wolfson and North campuses, graduating from MDC around 2003. She completed her bachelor’s degree in mass communications from Florida International University in 20016.

Molina’s company, JLPR, initially started off as a side gig while she worked full-time at Burson-Marsteller, a leading global public relations and communications firm. However, it quickly grew into a more time-consuming commitment, and it became clear to Molina that doing both was too much to handle.

“It felt like I had two full-time jobs,” Molina said.

So in 2010 Molina took the plunge and quit Burson-Marsteller to pursue JLPR full-time. She was  also giving birth to her son, Rock Elijah, at that time.

Molina credits her son, her family’s support and landing her first official client—Venezuelan artist Eleazar Delgado—with helping her ease her transition from employee to business owner.

“[Eleazar Delgado] was like, ‘how much do I have to pay you to not go back to work?… I’m very lucky that I had that support,” Molina said.

Delgado was the first of many happy clients for JLPR. Her company boasts a clientele list of big name brands like Heineken, Becks beer and Starbucks.

Currently, Molina keeps a roster of 10 to 15 clients at a time. Their needs usually revolve around events, food and culture. A typical day involves anything from working in her Little Havana office with a six-woman team of employees, sending out press releases or e-blasts and then going to client interviews.

“It takes a lot of courage and Jenny did it. That was a huge example for me, for my sister to quit corporate and start her own business,” said Molina’s younger sister and her managing partner at JLPR, Monica Lynne Herrera. “For her, she really got the engine revving when Rock was born. I think family inspires her, which inspires me in turn.”

Working with her sister has provided a place for Herrera to grow and work full-time while also pursuing a career as an actress. The 29-year-old studied theatre and communications at MDC before transferring to Nova Southeastern University. Recently, she starred in a film that premiered at the Miami Film Festival, Scenes From Our Young Marriage.

The company has also offered paid-internship opportunities to other MDC students like Natalie Hernandez, who connected with Molina when she visited her public relations class at Wolfson Campus.

“While working there, I’ve been a sponge. I’ve absorbed everything. [There is] a lot to learn…,” Natalie Hernandez said. “I have so much love for this job and every time I have a different event it’s just a another opportunity to connect and network.”

Molina’s success has never strayed her away from her ultimate goal: supporting, growing and highlighting Miami culture. She believes in the motto “by locals for locals.”

That belief has manifested itself into projects like the Leah Arts District, the product of a  partnership between Molina and Hialeah Councilman Paul Hernandez that started back in 2013 in order to create an affordable live and work zone for regional artists. She felt the project was essential given the rising costs of rental space at other local districts like Wynwood.

“I think what makes it different is that it’s not funded by developers who have an economic interest,” Molina said about the Leah Arts District. “The fact that it is being pushed along by two kids from Hialeah who just want to see cool things happen makes it more authentic.”

Ultimately, Molina’s wants the Leah Arts District to become a place for the people of Hialeah to be proud of.

“A lot of people from Hialeah go to all of these other places just because there’s nothing to do in that area when really, it’s the second largest city in the county and the fifth or sixth largest city in the state,” Molina said. “[There are] so many young people, it just makes sense for there to be a cultural hub in that area.”

The area is already getting its firsts tastes of growth. Artists like MaryJane Claverol have set up shop in the industrial district.

Other business like Unbranded Brewing, Hialeah’s first brewery and the largest of it’s kind in the county, are taking advantage of the up-and-coming neighborhood. The 31,000-square-foot warehouse is scheduled to open at the end of 2017.

Molina hopes that more artists will see Hialeah as a place to live, work and make their art.

The idea for 3:05 Cafecito came to Molina while she was enjoying a traditional cup of Cuban coffee with a friend at a local ventanita, a walk-up window where coffee is sold.

It was then that she noticed the time was 3:05 p.m., and she joked that it was the “perfect time” for the drink in Miami, given that the area code is also 305.

She didn’t realize then that a laugh shared over coffee would eventually turn into a partnership with Starbucks, who approached the firm in anticipation of their launching of the Starbucks Doubleshot Espresso Cubano, a caffeinated drink inspired by it’s Cuban equivalent.

For Molina, the project is just another extension of the pride she feels for her city.

“I [wanted to] use 3:05 Cafecito to really promote local culture and just celebrate our 305 pride… I think Cuban coffee is just so representative of some of the things I love about Miami,” Molina said.  “You walk into a place and everyone, like they offer you coffee. Even the way that they serve you the colada, they come with little cups. It’s meant to be shared.”

In 2013, the campaign was saluted by the Mayor of Miami, Tomás Regalado, who issued a proclamation that made 3:05 p.m. Miami’s official coffee break time. The award hangs in Molina’s office.

Molina said her business is built on qualities like authenticity and passion.

“In public relations you have to be really passionate about what you’re pushing,” Molina said. “[So] I’ve always taken projects that I’ve really resonated with… sometimes you take on projects just for the sake of money. I know that’s sometimes necessary too. But you can’t do it for the money.”

Similarly, Molina emphasizes the importance of integrity and relationships, especially in a field like public relations.

“I’ve had countless times that people come up to me at events and ask me for advice… then what ends up happening is that same person two years later ends up giving you a referral for a client… it’s kind of cool that way.”

“As cliché as it sounds, just work hard and be nice to people,” Molina said. 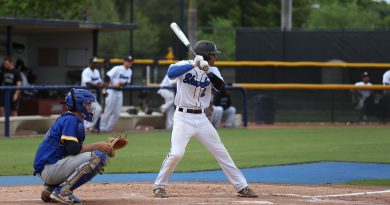 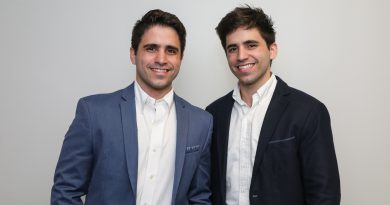 These Twin Brothers’ Car-Sharing Startup Began In A Barn 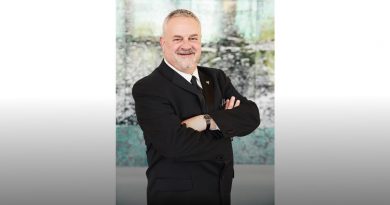 Want To Know If A Restaurant Offers Outdoor Dining During COVID-19? Check Out This MDC Alumnus’ Website