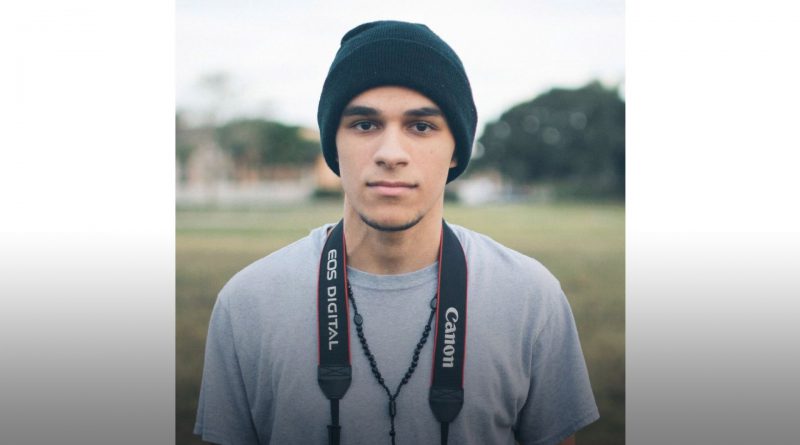 If you’re from South Florida and have an active Twitter account, chances are you’ve heard of Joel Franco. With nearly 36,000 followers, this Miami Dade College alum has taken the Twitter world by storm.

Franco, 23, started the handle @OfficialJoelF in July of 2012 as a way to keep young people updated on the latest headlines as a news aggregator. His Twitter account quickly mushroomed in popularity with a generation that is always on the move with their cell phones in tow.

Whether its national news, local news, breaking news or traffic alerts, he rarely misses a story and vows to keep his followers updated.

Franco’s initial venture into the social media realm was in 2008 on MySpace. At the time, he was your typical middle schooler, posting random things he found entertaining.

It wasn’t until early 2010 that he started getting publicity. After posting a video on Facebook involving an altercation at Dolphin Mall, it went viral. Franco took advantage of his newfound popularity and started creating funny videos, skits and pranks to further his reach. Around 2011, during the Occupy Wall Street movement, Franco decided it was time to start posting more serious pieces.

Franco attended American Senior High School through 2013 before leaving and obtaining his GED. He then enrolled  at MDC’s Hialeah and North Campuses following a journalism track before dropping out after a year.

He eventually created the YouTube channel World Must Wake Up, posting mostly about activism and conspiracy theories, stuff which he says he doesn’t believe in anymore.

As his following has continued to grow on Twitter, Franco has remained loyal to two things that he was intrigued by as a kid: news and meteorology.

“I think many of my followers can tell that I’m interested in meteorology, especially when I do those hurricane and cold front updates,” Franco said. “I’m fascinated by all of that and learn as I go. Hurricane Irma taught me so much about weather graphics, radars, and it has improved my researching skills.”

Franco’s Twitter fame has opened doors for him professionally.

This past May he landed a job as a digital writer at WSVN 7, the local Fox affiliate. After breaking the news through—where else—Twitter, Franco received almost 9,000 likes on his announcement post. At WSVN 7 he writes stories and co-operates their social media.

“I found him on Twitter,” said Franco’s boss Steven Cejas, an executive producer at WSVN 7. “He’s retweeted some our stuff, and I would see a lot of his stuff on social media, and I figured why not give him a chance.”

Franco receives a lot of love from his followers. Many tweet news events at him as they encounter them in their daily lives. But he also deals with the occasional critical Twitter user, some who point out that he is reposting other news organizations work and not his own original content.

“Usually they want attention and feeding into that allows them to win,” Franco said. “I’m open to constructive criticism, but if it’s in a disrespectful manner, then I’m not going to care much of what they’re saying.”

Despite an established fan base and a stable job, Franco strives for more. He has his eyes set on owning a media company akin to Buzzfeed and moving to New York.

“At least that’s what I want right now,” Franco said. “Things can change as far as what business I’ll be owning, but I know I want to have my own company someday.”