Sully is a film based on real events that captivated the world on January 15, 2009. The biographical drama presents a scope of emotions, mainly correlated with tension and mixed with a realistic sheen. Cinematic veteran Clint Eastwood directed and co-produced the movie that portrayed the miraculous events that occurred and the hero that was Sully Chesley Sullenberger. Sully was released in theaters on September 9.

Although some viewers were overwhelmed and bitter over Sullenberger’s character, played by Academy Award Winner Tom Hanks, it was undoubtable that the actor would impress viewers with his magnificent leading role.

Sullenberger, Captain of the US Airways Flight 1549, suffered many episodes, both personal and work-related. Hanks flawlessly recreates Sullenberger’s emotional state during strenuous moments in the film.

The mystery behind his reaction to land the airplane and the conditions of the engines motivated the National Transportation Safety Board’s (NTSB) to open a formal investigation.The emergency landing is portrayed from different perspectives, allowing viewers to judge for themselves if Sullenberger’s immediate actions were adequate and in line with NTSB’s regulations.

Even though his heroic actions were covered by every media outlet, the famed pilot still encountered various threats that could potentially destroy his career as a pilot. Sullenberger argued that no pilot is trained for an incident like the one he was endured to face.

Right by his side was co-pilot, Jeff Skiles, played by Aaron Eckhart. Despite performing a minor role in the movie, Skiles was also forced to help Sullenberger land the plane on the Hudson River.

The movie’s emotional brightness is well displayed at the moment of the crash, where the shots are beautifully taken to show the essence of the passengers panic and uncertainty.

The most intriguing scene for most viewers was the shot of the airplane losing both engines, leaving Sullenberger with only 35 seconds to find a safe landing place. It was astonishing how Sullenberger responded to the situation and how capable he was to land the plane on the Hudson despite the chaos of the moment.

There is no doubt that Sullenberger was the right man for the job. At the moment of impact, he only thought about landing the plane safely without thinking about 155 passengers on board as an emotional distraction.

Landing called for rescue and help from the military and local authorities. The scene portrays all the passengers completely disorganized trying to get out of the plane, only to find themselves in the freezing waters of the Hudson River.

Even after the plane was evacuated, Sullenberger was still verifying no one was left on board. It was at that moment that Sullenberger thought deeply about his family. The movie also demonstrates the support provided to Sullenberger by his wife, Lorraine, played by Laura Linney.

Eastwood and writer Jeffrey Zaslow created a balance throughout the scenes, as Sully’s behavior converges in a mixture of fantasy and reality. However, the script style is difficult to distinguish whether Sully is moving past the accident or becoming a victim of post-traumatic stress.

The most captivating scene of the film is when Sully presents the argument that no training ever prepares a pilot for what he went through.

The recipe underlining Sully’s success boils down due to the magical chemistry between Eastwood and Hanks. The movie is based on how everyone sees Sully as a hero, but only his portrayal of the character can reveal the truth. Head to a theater near you to enjoy this intense drama. You will be surprised. 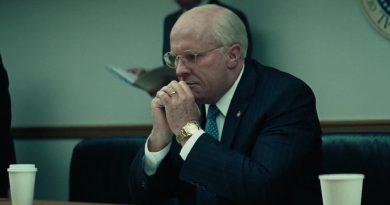 Politics Do Not Have To Invade Media 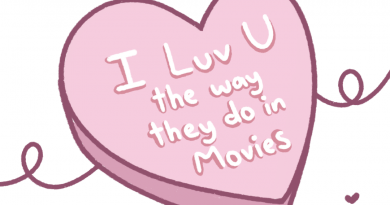