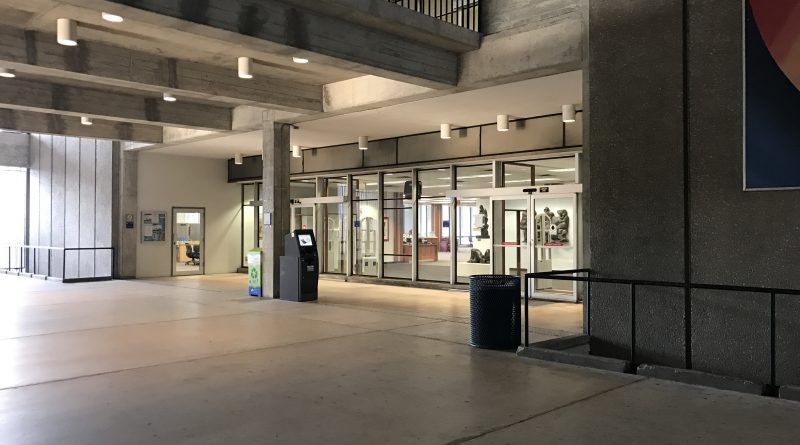 A 22-year-old Miami man was arrested and charged with stealing a Dell laptop and a black ZTE smartphone from the library at North Campus.

Stephone Woodard was charged with a grand theft third degree felony and petit theft (a misdemeanor). He was arrested on March 27.

The arrest was a result of an undercover operation by the North Campus Public Safety Department. After four cell phones and a laptop were reported stolen from the library and the computer courtyard between March 16 and March 24, public safety officials planted an unattended cell phone on a table at the library.

Woodard was observed taking the phone and he was followed to McDonald’s, which is a fifth of a mile southeast of campus. Miami-Dade police apprehended Woodard in the McDonald’s parking lot. They recovered the phone and discovered the stolen laptop in his bookbag, according to a police report. The laptop was reported stolen on March 20.

“Knowing that students do not have to worry about their personal belongings while they are studying for their classes was the outcome that we as a department [were] looking for,” said Victor Moreno, the chief of Public Safety at North Campus.

Police said Woodard has not been connected to the other four cell phone thefts, which occurred on March 16, 20, 22 and 24.

“They’re open cases. They have [Woodard] and he could be a possible subject and if anything ties to it, they’ll make an arrest,” said Det. Daniel Ferrin, a spokesman with the Miami-Dade Police Department.

According to an arrest affidavit, Woodard said he stole the laptop because he is homeless. He added that “he is a rapper and a singer and thought that the laptop would be useful to him.”

School officials urged students to be aware of their surroundings while on campus.

“We are very serious at this campus about safety,” said Estrella Iglesias, the director of Learning Resources at North Campus. “No matter where we are, we should be vigilant about safeguarding our possessions.”

The photo used with this article is courtesy of the Miami-Dade Corrections Department. 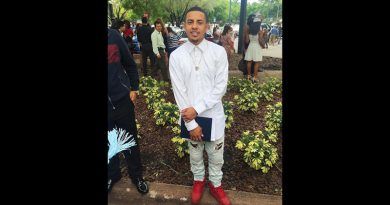