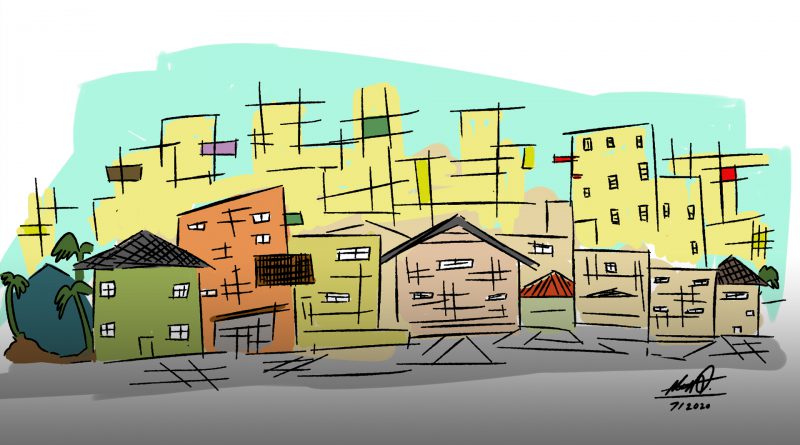 We’ve all heard the sayings: the “squeaky wheel gets the oil” or “closed mouths don’t get fed.”

Until the residents of unincorporated Liberty City have a local government of their own, they will continue to be governed by people who don’t understand their distinct needs, and will be helpless to enact change.

Liberty City—commonly known as Model City—is home to more than 23,000 residents in Miami, according to 2010 Census Bureau data. More than 94% of people who live there are Black, the data reads.

They deserve their own body of government—like a mayor and city commission board—in order to craft legislation that is specific to their community needs. Similar systems are in place in 34 municipalities across Miami, including the City of Homestead and City of Coral Gables, according to the county’s website.

Instead, Liberty City’s residents are nomads in a desert, looking for a community to call home.

It would help Liberty City to adopt essential government services, such as a police, fire and a public works department, as well as establish an operating budget.

Enacting these services would also help stimulate the area’s economy: with the establishment of these government sectors, residents could apply for new jobs in their community.

As someone who has lived in the area for most of my life, I know how residents could benefit from this.

It’s a necessary step for a city that has a wealth of history, and residents that have made it a special place to live in.

Unincorporated Liberty City evolved into a community when Franklin D. Roosevelt authorized the Liberty Square Housing Project—a 753-unit public housing apartment complex—in 1933. It was the first public housing project for Black residents in the United States. At the time, segregation laws prohibited them from living anywhere outside Overtown, according to research conducted by historian Paul S. George and Thomas K. Petersen, a former state attorney and public defender.

Liberty City eventually blossomed into an ideal Black neighborhood. But crime spread across the area in the 1960’s when integration took place, according to The New Tropic.

In the 1980’s, the neighborhood made headlines when it was at the center of three race riots, after three Black men were killed by local police on separate occasions.

Given Liberty City’s unique history, the area should be designated as its own municipality so it can stand on its own two feet.