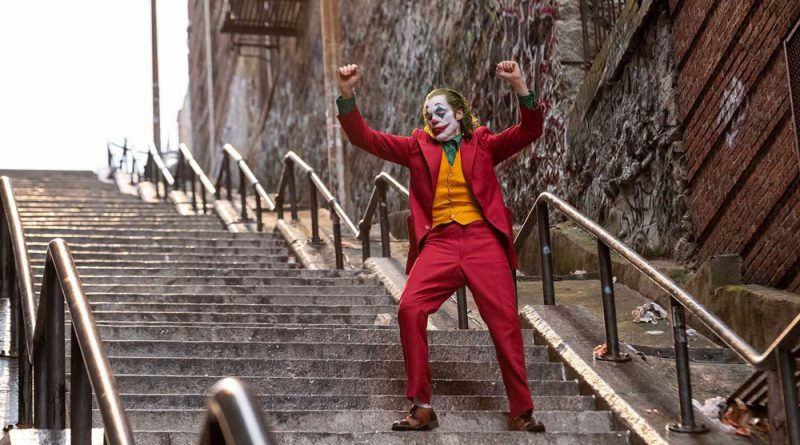 No Joke: While people fear that Joker may lead to increased gun violence, they brush over the themes of mental health the movie presents.
PHOTO COURTESY OF WARNER BROS.
A&E
November 1, 2019 Corbin Bolies

Aside from Batman himself, it seems like no other character can draw more controversy than the Joker. From Heath Ledger’s initially controversial casting in The Dark Knight to Jared Leto’s forever controversial portrayal in Suicide Squad, the role seems fated to draw rebuke. However, with fears of copycat violence emerging, never has that controversy been about more than the character itself.

Families of the victims of the 2012 Aurora, Colorado shooting, where a gunman resembling Bane opened fire on a screening of The Dark Knight Rises, wrote a letter saying the violence presented could lead to other shooters who feel wronged by society. That led to the aforementioned theater not screening the movie and to heightened security at screenings nationwide.

While the concern for violence is real, especially in an R-rated film displaying the grittier aspects of one of DC’s more murderous villains, the controversy draws away from the film’s greater themes of mental health and societal behavior.

The film centers on Arthur Fleck (Joaquin Phoenix), an aspiring stand-up comedian who suffers from a laughing condition. After he’s fired from his clown-for-hire job, he embarks on a mental spiral that leads to him embodying the titular role.

What critics of the film fail to realize is that the role provides a path for other issues to be highlighted, not solely gun violence. Arthur’s mental state is a thread throughout the movie, with the audience going on his downward path with him. There is violence along the way, though it isn’t a focus. Instead, it is a side effect of society’s treatment of Arthur, leading to a moment of self-defense becoming his awakening.

That’s not to say the film won’t call out to people like him. Individuals afflicted with mental illness are often cast out by society, with those loners potentially finding a kindred spirit in Arthur. However, that shouldn’t be mistaken as brushing off his heinous acts. The film doesn’t glamorize his violence, with the third act fully enabling the audience to turn its back on the self-described “Joker.” He is no longer the victim, with his madness drawing him down toward darkness.

What the film shows, however, is the pathway toward that darkness and how to counter that. When you watch the film, it’s easy to think “what if they were nicer to him?” That question gets turned around on the audience, forcing them to think of how they act toward people similar to Arthur in their own lives. By doing that, they are forced to examine their own choices and, in effect, see if they’re their own jokers.