Rwanda is a small eastern African country widely known for its grotesque 1994 genocide, which took 800,000 to a million lives in a 100-day period.

To put such tremendous loss of life into perspective, 2,977 people died in the Sept. 11 terrorist attacks. In Rwanda’s case, the genocide is equivalent to three Sept. 11 attacks every day for 100 days.

Such a morbid past has left a scar on the contemporary Rwandan society. However, I saw great hope and optimism in the debate hosted by iDebate Rwanda at the Kendall Campus debate and speech lab on Sept. 19.

iDebate Rwanda is a non-governmental organization initiated in 2012 to encourage debate in Rwanda and give students the opportunity to critically think about issues and get involved in their communities.

The debate team consisted of a total of four people (two per team) and an advisor who was also from Rwanda. The topic being discussed was perhaps the most interesting part of the event: “Does foreign aid to the continent of Africa do more harm than good?”

The team in favor of foreign aid brought up the point that Africa has a very weak pharmaceutical industry and is therefore unable to provide Anti-Retroviral (ARVs) medications to the millions of people affected by the HIV/AIDS epidemic, making foreign aid essential.

The other team, while acknowledging that foreign aid can sometimes be good, argued that the cons outweighed the pros by insisting that foreign products (such as mosquito nets) brought into the country jeopardize the national industry by bankrupting local businesses that can’t compete against foreign high-quality, low priced items.

The debate ended with the team’s advisor giving a short speech on why he and the team believe that debating is such a powerful tool. They believe that, by having civilized conversations, war and genocide could be avoided.

When the debaters and advisor began to take questions, I asked: “Currently in Syria, the civil war has killed nearly half a million people and a recent ceasefire brokered by secretary of state John Kerry had been violated both by Syrian and Russian forces. Would you say that the time for talking is over after having nearly every ceasefire falter prematurely?”

I expected a long explanation detailing some flaws in the ceasefire, but they responded by saying: “The time we stop talking is the time bombs start falling.”

I was shocked by the level of optimism and faith in negotiation the young debaters had; they had been born in a society torn apart by genocide and sectarian divides, yet they insist the only way to achieve peace is to talk it out. 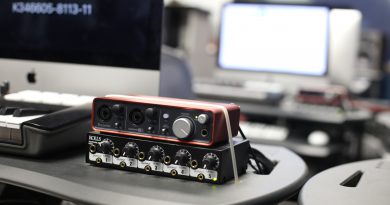 College Fair To Be Held At North, Kendall Campuses