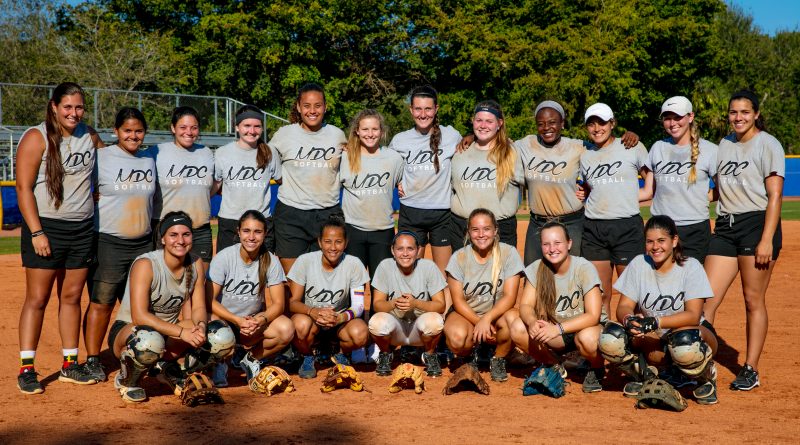 The Lady Sharks softball season has been like a roller coaster at a theme park.

Despite the uneven play, the Lady Sharks (15-22) remain in the thick of the playoff race thanks to a 8-6 mark in Southern Conference play.

With six regular season games left in the season—three of those being conference games—the Lady Sharks have time to qualify for the State Tournament hosted in Vero Beach.

“We would all like to pursue the goal of winning states in order to make it to nationals as a team,” said freshman pitcher Kiana East.

Some of the Lady Sharks top players this year include sophomore Megan Garfinkel, who  has a .348 batting average; catcher Kiannah Molina who leads the team in homeruns (2) and RBI (22); and pitcher Emma Maitland who has seven wins and 68 strikeouts.

Others, like freshman outfielder Samantha Arrastia, have also contributed.

“I’m hitting a lot better than I expected,” said Arrastia , who leads the team in hitting with a .409 batting average and has scored 18 runs and added nine stolen bases this year for the Lady Sharks. “I would like to be more aggressive on the bases.”

Although consistency on the field has been an issue this year, the team is confident it can close the season out strong.

“Everything the team learns on the field can be applied to everyday life,” De Agüero said. “I want these young ladies to take advantage of the opportunity they have and run with it.”

The Lady Sharks’ next game is a doubleheader on April 5  at the softball field at Kendall Campus, 11011 S.W. 104th St., versus Indian River State College at 1 p.m. 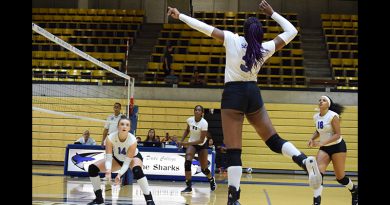