Last season, the Miami Dade College Lady Sharks volleyball team finished with a 13-17 record and did not qualify for the Florida College System Activities Association State Tournament. The year prior however, the Lady Sharks were only a few points from winning a national title.

With the MDC volleyball program having a season below their expectations after being consistently one of the top volleyball programs in the nation, Head Coach Origines “Kiko” Benoit and his staff know exactly what the issues were last year and will be honing in on that area to start the upcoming season.

“There wasn’t any harmony in the team,” said Pamela Jamie, a sophomore outside hitter from last year’s team. “The team had a lot of great players, a lot of potential, but when it was time to get on the court, there wasn’t any chemistry.”

The team suffered from a lack of harmony, which ultimately hindered their play on the court.

“Chemistry means a lot,” Benoit said. “It doesn’t matter how good you are, if you don’t have the chemistry, it’s very tough.”

Being the only players from last year, the coaches expect them to elevate their game, but of the four returning, the one that Benoit has the highest expectation of is Jamie.

“Even though she is a great player, with great potential, she wasn’t performing in the way I was expecting [last year],” Benot said. “She has improved drastically. She’s very humble, very nice and very coachable.”

Jamie was third on the team in total blocks with 24 and second in blocks per set with 0.44 per set.

However, just because the sophomores this year have experience from last year, that doesn’t mean that the starting jobs are guaranteed to them.

“They have to fight each other for the [starting] positions, including the second year [players],” said Assistant Coach Nataly Guiterrez about the roster. “Everything has changed this year.”

Everyone will start with a clean slate and be evaluated throughout the course of training camp.

As for the recruiting class, there will be ten total prospects coming to MDC this year.

One of these prospects is Massiel Matos, a 6-foot outside hitter from the Dominican Republic. Matos has represented her country three times on the junior national team and has played in the 18U and 20U World Volleyball Championship tournaments.

Manuela Vargas, a 19-year-old setter from Colombia, is a member of the Colombian Women’s National Volleyball Team and has represented her country in several international tournaments such as the 2015 Volleyball World Grand Prix.

Two other players on the team represented their countries during this year’s Volleyball World Grand Prix.

With the level of talent and experience coming to the team and everyone competing for a starting spot, Benoit and his staff might have to get some games in during the regular season before figuring out the best starting lineup.

The Lady Sharks will play their first regular season game on the road versus College of Southern Idaho on Sept. 9. Staff Writer Giovanni Del Fa contributed to this article. 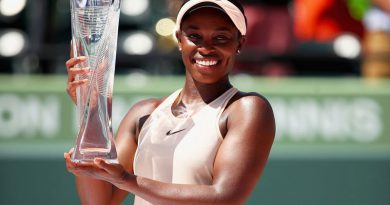 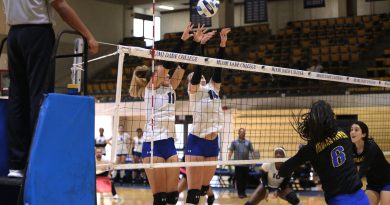