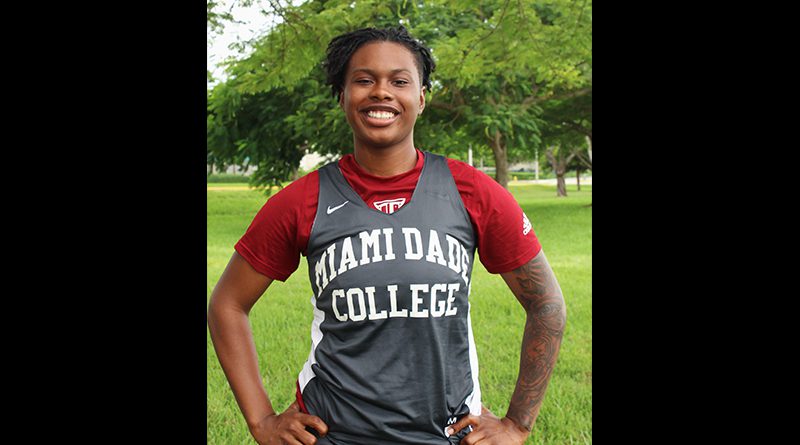 The Miami Dade College’s women’s basketball team is counting on a group of freshmen to help them improve on last year’s 22 win season.

The team’s goal is to advance farther in the playoffs this season. Last year, the Lady Sharks lost 77-57 in the first round of the Florida College System Activities Association State Tournament to Florida Northwest State College.

“We’re trying to get to the state championship and obviously get to Nationals,” Lady Sharks head coach Susan Summons said. “I’ve got a talented group of young ladies. I’m excited about them.”

Hightower, 18, sees this season as an opportunity to redeem what she believes was a poor  senior year.

“I started off freshman year with the point average of 16-something, it went up to 22 and ended up dropping down due to some personal issues I was having,” Hightower said. “Last year was kind of rough but here I can start over.”

The Lady Sharks lone returning player is also the team’s best player⁠—Daliyah Brown. She averaged a team-leading 20.2 points last year and was named the Southern Conference Player of the Year. Brown was also named to the All-State team, an All-Southern Conference first-team player and an All-American.

“I was worried because I’m like, man, I got all these new people. I gotta teach them like everything. But it’s also very exciting because I got a whole different group of girls, different personalities,” Brown said. “I got to meet new people, and I get to connect with different people. So this is fun.”

Despite a successful freshman campaign, Brown wants to improve on her leadership,  communication skills and confidence.

“Better leadership for sure, especially for the young ones, everyone is a freshman here except for [Yamazaki],” Brown said. “They all have the ultimate respect for me. They all look up to me. It’s nice having someone always looking for answers from you.”

Yamazaki and Brown were selected as captains this season by the coaching staff.

The Lady Sharks start their season on the road versus Hillsborough Community College on Nov. 1 at 5:30 p.m.