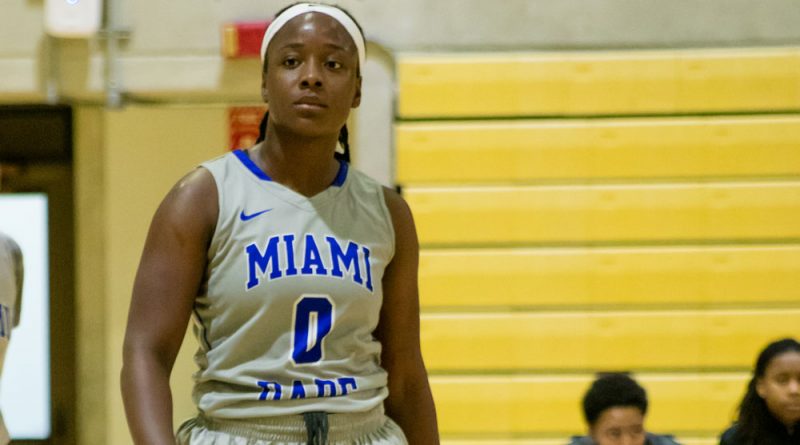 Emporess James, one of last year’s most productive players on the Miami Dade College women’s basketball team, is continuing her stellar play for the Lady Sharks this season.

Ten games into the season, the 6-foot sophomore is the team’s leading scorer and rebounder. She is averaging 15.2 points and 13.7 rebounds per game. Her rebounding stats are ranked second among all players in the National Junior College Athletic Association Division-I.

James’ best game this year came in a 91-75 win against Santa Fe College on Nov. 11, where she scored 36 points and snatched 23 rebounds.

James, a 19-year-old mass communications major, was born in West Palm Beach, FL., and was raised by her mother along with 10 other siblings. She is the second youngest among her brothers and sisters.

James’ mother got her involved in basketball at an early age by putting her on youth  basketball travel teams. Since James was first introduced to basketball, it has been one of her main ways of escaping day to day life.

While playing at William T. Dwyer High School, James was selected to an all-star game for schools in the West Palm Beach area. It was at that game that Lady Sharks Head Basketball Coach Susan Summons took notice of her.

Summons and James formally met later at a skills showcase. She offered a scholarship to James at the event.

“She was telling me about what the program has to offer, how she would look out for me not just as a player, but as a person,” James said.

Having liked everything Summons said about MDC  and hearing great things about the basketball program from friends close to the school, James took the scholarship to MDC.

“When I first saw her play, I felt she was the player that I was looking for,” Summons said. “The vision and goal that I had for her was that I could help her become a top-rated player, not only in the state but in the country.” 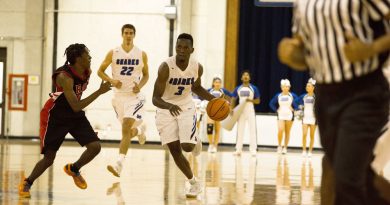 Congo-Native Making An Impact For Sharks 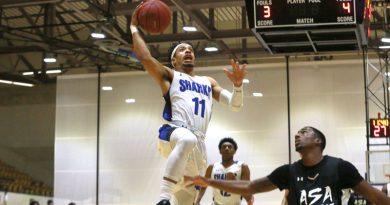 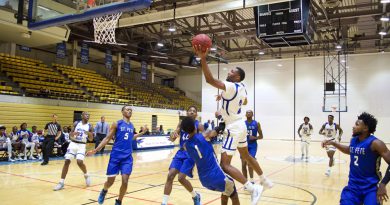 Sharks Off To Strong Start With High-Octane Offense