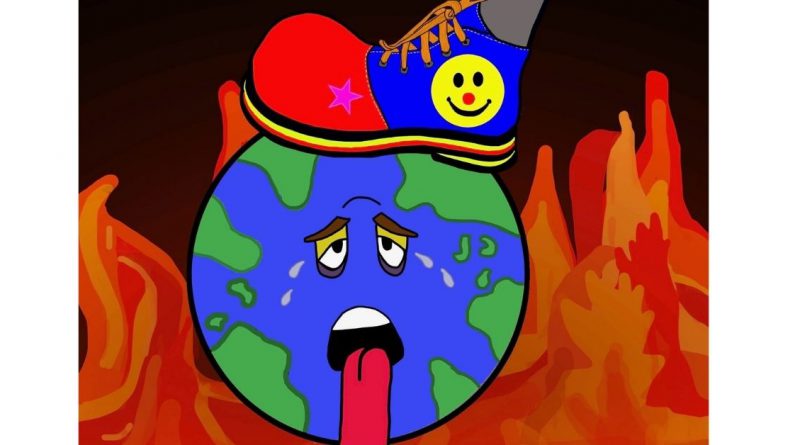 In elementary school, we always celebrated Earth Day. We had a whole day dedicated to learning about the three R’s—reuse, reduce, and recycle. However, most students saw it as an excuse to not do any work for the day.

As I’ve gotten older, I’ve realized how important the three R’s are. We need them to protect the environment because there really is no Planet B. Naturally, I worried when I first found out about all the dead fish showing up on the beaches of Key Biscayne.

On Aug. 10, Miami Waterkeeper researchers were conducting their weekly water sampling at Key Biscayne when they stumbled upon thousands of dead fish and other marine creatures. They believe it has to do with low oxygen levels in our waters, as it recorded 90° Fahrenheit and was filled with dying seagrass (which produce oxygen).

According to the International Union for Conservation of Nature, oceans across the globe have lost 2 percent of their oxygen since the 1950s. By 2100, these levels are expected to fall between 3-4 percent.

One cause for the loss of oxygen is ocean warming-driven deoxygenation. This is what’s happening in Key Biscayne—as the water temperature becomes warmer, it loses oxygen. Since most of the Earth’s oceans are warming up, more marine animals are fighting to survive with the available oxygen that’s left.

Climate change is a problem we are very familiar with—and it started way before the dead fish were discovered on Key Biscayne.

The human race has become selfish. We continue to burn fossil fuels, burn oil, and burn coal. We are overwhelming our planet with high concentrations of carbon dioxide, warming it up without caring for the consequences.

We are watching the earth die, and yet we continue to do the same things that kill it. People throw trash out of their car windows, let plastic bags fly outside, waste water and electricity, etc. All these things—whether you know it or not—are destroying our ecosystems and ultimately our planet.

The dead fish ruining our picturesque Miami beaches should make you stop and wonder about the future of our planet. Parts of Miami are predicted to be underwater in 15-20 years due to the fast-rising sea levels. That could mean no more pretty sunsets over Rickenbacker Causeway, and soon enough, no more Earth to call home. There is no second Miami and there is definitely no second Earth. Take care of mother nature—we only have one.