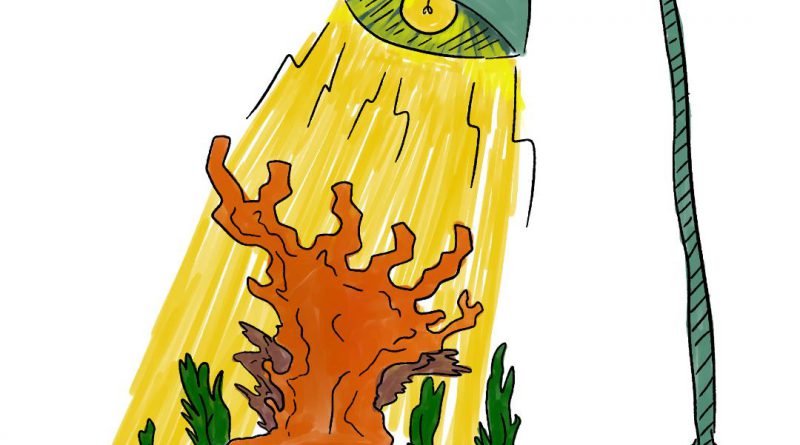 The earth is dying, and we aren’t doing as much as we should be to save it. No, this is not a rant about how we should stop using plastic straws or how we must always recycle. This is more than that; this is about our oceans. With oceans covering about 70% of the earth’s surface, it should be easy to understand that they are essential to our survival. Yet, marine life is diminishing in size each year and our reefs are dying. These two problems go hand in hand considering coral reefs are home to an abundance of marine life.

This then leads to the question, “how can I help with a problem this big?” The answer is easier than you think—it all starts with us. The majority of these problems stem from ignorance and a misunderstanding of the issue at hand.

One way that coral reefs are mistreated is through irresponsible anchoring. Boats often anchor in areas of the sea floor where coral lives, destroying them and the animals that inhabit it. Radars today have the capacity to indicate where there is and isn’t coral, so one would think that this would not occur as often as it does.

For those who don’t drive boats, there is also something you can do to protect marine life, and it involves sunscreen. Recent studies have revealed that the chemicals oxybenzone and octinoxate, which are found in the sunscreen we use, harm our reefs. Basically, what these chemicals do is they damage the coral’s DNA and make it more difficult for them to reproduce and develop. So, next time you buy sunscreen consider this fact and take a moment to read the ingredients on the back of your sunscreen bottle.

Even when you are at the beach, the things you do in the water can have an effect on coral reefs. If you ever come across a coral, do not touch it because the oils and dirt on your hands may not only kill that single coral but also hurt a whole colony of them. Simply admire its beauty and move on. As much as we may want to keep the coral or carry it, we must remind ourselves to preserve the integrity of the marine community.

Our oceans are currently filled with tons of trash and the amount is only increasing. It is our duty as inhabitants of this planet to stop polluting. Before you leave a plastic bag or an old shoe behind at the beach, take a moment and be conscientious of the weight of these actions. The circulating pictures we see of sea turtles choking on trash or a fish’s stomach full of waste could potentially be because of a simple piece of trash someone left behind.

The few minutes it takes to clean up after yourself can have a monumental impact on our reefs and oceans overall. Even if you see trash that isn’t yours, don’t turn a blind eye and keep walking—every piece counts. It is time we stop treating the Earth as a giant landfill and start respecting it as if it was our own home—because that is exactly what it is.