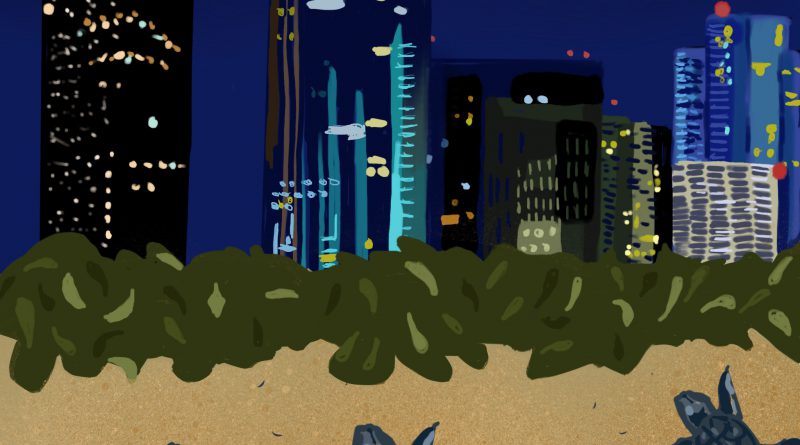 Are Christmas and New Year’s decorations really worth the high electricity cost?

Decoration time is one of the costliest seasons of the year for electricity bills. People climb ladders to hang lights around their roofs and businesses hire professional lighting installers to untangle and organize thousands of strings of lights in their offices. For the observer, it is a holiday paradise. But is it beneficial to homeowners or business owners paying for the adornments?

An increase in business profits is the most important factor in why companies invest a huge amount of money into the holiday spirit. Brandon Stephens, the president of a professional holiday decorating company, stated that the average cost of a display in the United States is approximately $1,650. So, how do holiday lights help the business? Easy. People always look for beauty around them. Falling snowflakes, giant ornament decorations, and flashing colorful lights attract the eye of the consumer.

Now more than ever, photos circulating the Internet about a business means free advertising. Therefore, the more elaborate the decorations, the greater the chance of people posting about them on social media. An increase in social media exposure means an increase in sales for the business. It is a marketing cycle that helps boost revenue, especially in the holiday season.

As a result of more companies being interested in making bigger light showcases, employment within this market has also profited from it. The founder of Decorating Elves in Tampa, Florida, Nick Schriver, said that his company currently has more than 50 full-time employees. Ten years ago, he did not even have a company, as he was working individually. In addition, another company called Christmas Decor announced that their sales rose by fourteen percent last year and that they are expecting an increase for this year as well.

Additionally, extensive technological development has created a cheaper option for people. LED lighting can keep the prices of electric bills a lot lower. A string of a hundred large and traditional light bulbs costs about nine cents an hour to run, in comparison with half a cent an hour for a string of mini lights. Yet a similar string of LED lights will only cost 0.05 cents an hour.

However, the downside to holiday lights has unfortunately increased in severity throughout the years. Safety has become one of the most important factors in the decision of whether or not people should hang lights during the holiday season. In recent years, the most common decorating accidents have been falls. The Consumer Product Safety Commission said that in 2017, falls from ladders were the cause of three deaths. Also, in 2016, they estimated 14,700 holiday decorating-related injuries that were treated in emergency rooms, which means that there were 240 daily during November and December.

The impact that these lights have on the environment is another negative aspect of their popularity. An international organization that raises awareness about light pollution, named Globe at Night, says that excessive amounts of lighting can wash out stars in the sky, disrupt ecosystems of nocturnal wildlife, and waste energy. Plus, it can affect human health as well. Unnecessary lights can increase difficulty in sleeping, provoking a change in the amount of melatonin produced, which causes headaches and increases anxiety.

Overall, there are both pros and cons for the existence of holiday lights, for both consumers and businesses. The most important aspects that everyone should consider before deciding to use them are safety, cost, and timing. It is true that they make streets more beautiful to look at, but it’s not supposed to be an easy decision. It is wise to research about it, forecast the spending and be aware of the positive and negative consequences that lights bring. Let it shine. But don’t let your bills or the environment burn.