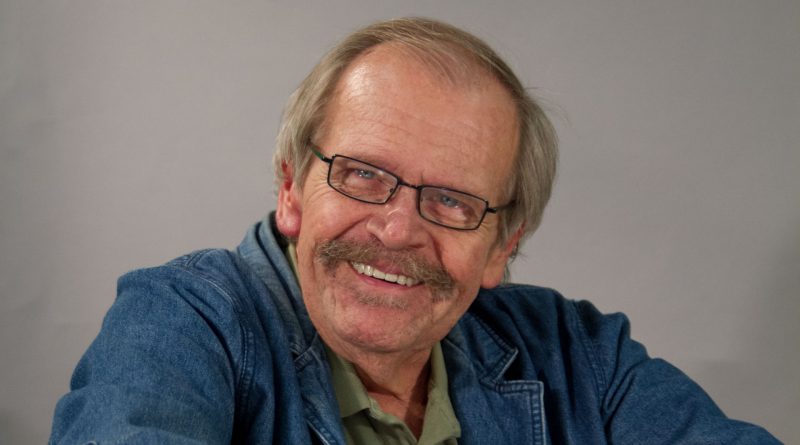 Paul Tisevich had the type of spirit that could brighten anyone’s day.

He turned simple questions into 45-minute conversations, and never missed an opportunity to tell a joke or share stories about his time as a Merchant Marine.

Tisevich’s jovial presence will be missed. The Wolfson Campus history professor passed away on August 31 from stage III metastatic cancer.

Reading was one of his biggest interests, especially material about American and military history. He considered librarians the organizers of information, so he earned a master’s degree in library science from the University of Illinois at Urbana–Champaign.

“He loved books. He loved information. He studied everything,” said Gwen Burzycki, Tisevich’s longtime partner. “The book collection that we have in the house is absolutely enormous. He was somebody that was very interested in a wide variety of subjects.”

After graduating from UIUC, Tisevich joined the Peace Corps for more than a year in Saint Lucia before moving to the southern part of the United States.

Tisevich then joined the United States Merchant Marine (civilian mariners) where he worked on research ships, transporting cargo and passengers across the world, and held several other positions for more than two decades. His journeys took him to places such as Greece, the Bahamas, the Galápagos Islands, Colombia, Spain, and England.

Throughout his career, Tisevich also taught navigation science for several years at different institutions, including the Chapman School of Seamanship in Stuart, Florida. He taught the rules of the road and the legal aspects of sailing to people studying for their captain’s license.

Eventually, he grew tired of alternating between teaching and going to sea. He used his master’s degree and got his first land-based job as a reference librarian at the Broward County Library system before joining Miami Dade College.

He started at the Eduardo J. Padrón Campus in 2002 as a faculty librarian, where he taught an introduction to library research class and offered research consultations. He also developed a rich and varied library collection of books—one of the strongest at MDC, according to Erick Dominicis, the college-wide director of learning resources.

A civil war reenactor back in the ‘90s, Tisevich enjoyed bringing his reenactor gear to give history group lectures.

“I loved hearing him lecture about military uniforms and wars,” Dominicis said. “Paul had a way to speak about historical events and characters that seemed more like a story than an actual event. He was a cultural historian, and as such, he was a storyteller—a great one.”

His passion for history soon turned into a desire to teach it. In 2014, after earning a master’s degree in history, he became a professor at Wolfson Campus and eventually part of the Honors College.

“Paul was fun to be around. Very student-centered; lover of knowledge, books, and teaching,” Dominicis said. “A true renaissance man.”

Students remember him as a jokester who had a penchant for chatting about history and war.

“He made us laugh every day,” said Zuzelle Ramos, who took Tisevich’s American history class last fall. “He was a professor that actually cared about teaching. And if you needed help, he was there for you.”

His signature class was U.S. Military History, a course he created at Wolfson Campus. It focused on the evolution of warfare, military strategy, and technological development during the 20th century and beyond.

“He had so much enthusiasm for what he taught that it wouldn’t feel like [you were] sitting in a lecture,” said Ignacio Aguilar, who took Tisevich’s American history class last year and wanted to enroll in his U.S. military history course this fall.

Despite fighting cancer, retiring from teaching wasn’t in Tisevich’s plans. He stopped temporarily in the middle of the spring semester to focus on chemotherapy, but returned in Summer B.

“Until he got cancer, he was telling me that he wasn’t going to retire, that he was going to teach until he died,” Burzycki said. “He just loved it so much. I can’t emphasize enough what a passion it was.” 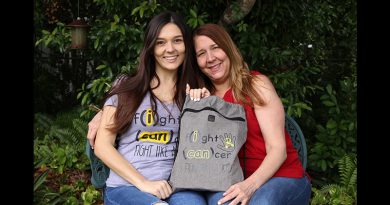