If you happen to be a fan of the Coen Brothers (Fargo, Blood Simple) dark and violent, yet subtle comedic style—or liked my previous recommendation of Jeremy Saulnier’s Blue Ruin—then Headhunters may be a good choice to queue up on Netflix sometime soon.

Based on the 2008 novel of the same name from author Jo Nesbø, Headhunters follows the story of Roger Brown (Aksel Hennie), an executive recruiter for major corporations who moonlights as an art thief—using the knowledge gained from the hopeful CEO’s he interviews to plan his heists.

When the short-statured Brown is introduced by his tall, good-looking wife to an equally tall and good-looking man who also happens to possess a rare painting worth millions, Brown’s Napoleon complex kicks into full gear as he’s found his next mark. The problem is that this is no ordinary businessman he’s targeting; it is ex-special forces commando Clas Greve (played by Game of Thrones’ Nikolaj Coster-Waldau).

What seems at first to be a paint-by-the-numbers caper flick, quickly unravels from there, as the layers begin to peel and the truth becomes as cloudy as the overcast Norwegian sky.

What we’re left with once all the pieces fall into place, is a damn good story that keeps you on your toes until the very end; rightfully so considering we’re dealing with a master of manipulation and an expert of espionage.

Working with the source material from the book, and a script from Ulf Ryberg and Lars Gudmestad, the film was directed brilliantly by Morten Tyldum, who recently got a lot of attention for last year’s The Imitation Game.

If you don’t take my word for it, Headhunters is also favored by my fellow Mark—Wahlberg—who said in an interview that the film was “one of the best movies I’ve seen in a long time.” He liked the film so much that he was planning on doing an American remake, a plan that has now been scrapped in favor of an HBO series currently being written by True Blood’s Alexander Woo.

My suggestion is to watch the original flick now, before all the eventual hype, and you can say you were a fan before it was cool. The film was good enough for a pair of Marks, HBO, and Woo—it should be good enough for you, too.

Mark Pulaski, 29, is pursuing a bachelor of applied science degree in Film, Television & Digital Production in the School of Entertainment & Design Technology at the North Campus. He is currently serving as a staff writer of The Reporter. He was previously the editor-in-chief in addition to overseeing the A&E section and the Multimedia department. 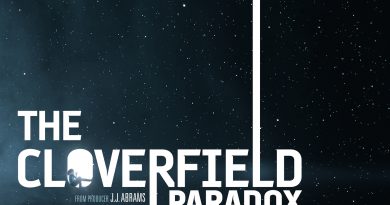 The Cloverfield Paradox Is An Astronomical Disappointment