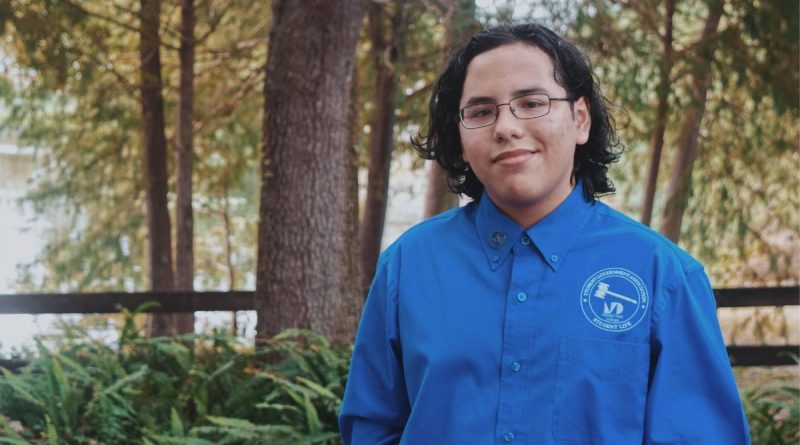 A year and a half ago, the 18-year-old dropped out of Miami Senior High School and faced an uncertain future.

But there he was, in the early morning hours of May 27, alone in his bedroom in Hialeah scouring the internet to see if he had won the student government presidency at North Campus.

“I figured college was my second chance,” Cruz said.

In the end, Cruz’s determination to be a changemaker shined through. He beat Brian Yousif by five votes and will serve as president for the 2020-21 academic year.

“Michael is an individual who dedicates his passion for the love of politics and civic leadership,” said Stephanie Davis, who serves as co-advisor to the North Campus student government. “He honestly stands out due to his constant perseverance although he faced adversity [and] I feel that attribute shows that Michael is a fighter to achieve success no matter what it takes.”

“Those were the golden years really,” Cruz recalled. “I had a lot of friends all through my fifth-grade year.”

He attended Coral Way K-8 Center in middle school and discovered a passion—music. Cruz gravitated toward percussion instruments in band but eventually developed an interest in the piano and the xylophone.

Rock and Roll music, played by bands like The Beatles, is his favorite genre. He also enjoys reggae artists like Bob Marley and his son, Ziggy Marley.

“I was the quiet kid for many years, so I would find myself falling back to music. I loved listening to music. I loved playing music,” Cruz said. “The way I bonded with many of my friends in middle school was through music.”

When he entered Miami High as a freshman, he once again sought the comfort of music, joining the marching band. But something was different this time.

According to Cruz, band members spread gossip about him in a group chat. Soon, musicians stopped giving him pieces to play. He felt ostracized.

At the start of his sophomore year, Cruz transferred to Miami Central High School, but he felt homesick.

“No matter how I felt [at] Miami Senior High,” Cruz said, “I always had this love for the school regardless.”

A couple of months later, he transferred back to Miami High.

But he continued to face obstacles. The advanced band program Cruz was a part of during his freshman year no longer had a spot for him, forcing him to join the intermediate group. As a result, he became less engaged in school, skipping classes and often leaving school early.

In November of his junior year, he enrolled in on-the-job training—a program that allows students to earn credit for working during the school year—as an oasis from the turmoil he was facing. But that didn’t work either and he dropped out of school shortly after.

“That day—dropping out—was very tough for me. I remember walking into some of my teachers and explaining to them for the first time that I couldn’t take it anymore,” Cruz said. “I left and I didn’t have any friends anymore. I isolated myself because I was in a dark place.”

Cruz took a four-month break to improve his mental health. He used the time to dissociate from the stress, often going on walks or spending time with his pets—two cats, two dogs, and two parrots.

A two-week summer trip to his aunt’s house in Tennessee also helped clear his head. A nature lover, Cruz said being away from the city and surrounded by the serenity of mountains was the perfect way to relax.

However, it wasn’t until he enrolled at North Campus that he truly felt at peace. He earned his GED in March of 2019 and three months later enrolled in college classes—taking student life skills, intro to psychology, and an English course.

Cruz joined student government that fall. As a senator, he attended civic engagement events and did community service at North Campus’ food pantry and at a runaway shelter for LGBTQ+ teens.

He also helped coordinate an annual festival, Sustainapalooza!, with the Earth Ethics Institute and the Institute for Civic Engagement and Democracy. The event—canceled due to the coronavirus—sought to celebrate the sustainability and change-making projects that students were involved in at North Campus.

Despite all of that, Cruz wanted to do more. As student government elections drew closer, he thought about running.

“I wanted to empower students because I didn’t feel empowered in school and I made many mistakes in high school and middle school with people and academics,” said Cruz, who is majoring in political science.

Because of the pandemic, campaigning took place mostly on social media. Cruz created an Instagram account for the first time and designed posters he could share on the app.

His campaign was based on progress and change-making: A Greener Campus, a Louder Voice, the Right Choice was his slogan. Eliminating single-use plastics on campus and combating student apathy were among his plans.

“I didn’t even expect to win but I tried my heart out,” Cruz said. “I really poured my heart and my soul into it. I wanted to make up for the lack of things I didn’t do in high school.”

Since the victory, he has continued his quest to grow as a student leader. Cruz has hosted webinars sessions on social justice and racial equality, voter engagement events promoting Motivote, and a virtual election-watch party that featured Miami Gardens councilman Robert Stephens.

“If you’re with him, you will always [have] an interesting conversation,” said Lucwilerna Raymond, a student government senator. “He is really involved, and that’s the type of person you want leading new people. I think he’s the right fit [to be SGA president].”

Cruz, who is scheduled to graduate at the end of the spring semester, has also been active outside of student government by working as an iCED ambassador—advocating for student engagement opportunities—and promoting sustainability as a member of the YES! Club.

“He is aware of current issues and tries to make a change regarding those issues and is really proactive as a leader,” said Ronsard J. Mondesir, a North Campus student government senator. “He likes to introduce new ideas to the senators under him and make sure that he gives us all those ideas. He has a lot to offer to Miami Dade College.”

Cruz is currently organizing a town hall with newly elected Miami-Dade County Mayor Daniella Levine Cava so students can connect with her. He’s also working on an event to help identify fake news and prevent the spread of misinformation.

“Michael’s leadership and dedication to the student population [is] passionate and admirable,” said Lorraine Wright, the student life director at North Campus. “He is focused on ensuring his peers receive [a ] fair and adequate education and [are] politically aware.” 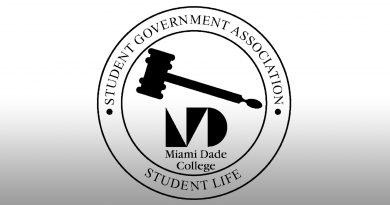 SGA Looking For Student Leaders For The 2019-20 School Year 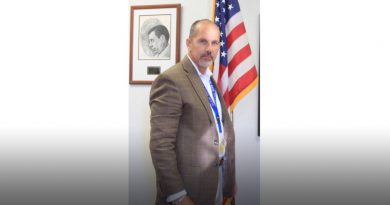 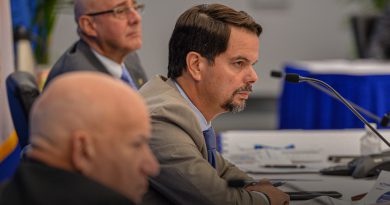