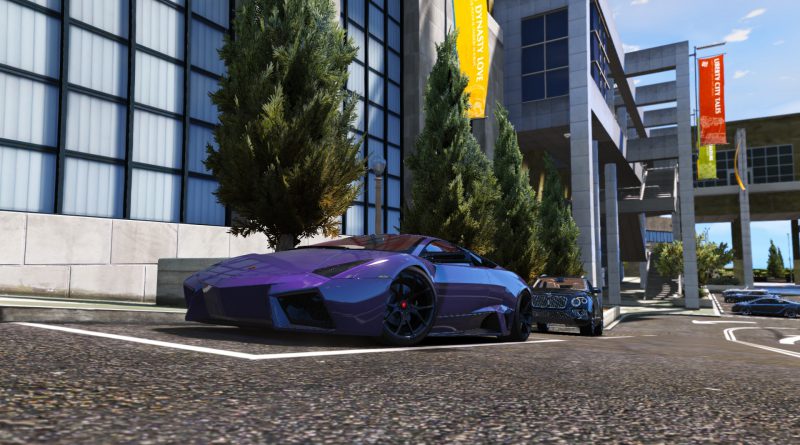 Speeding To The Top: Grand Theft Auto V was named the best-selling game of the past decade by the NPD Group, a market research group based in New York.
PHOTO COURTESY OF ROCKSTAR GAMES
A&E
February 7, 2020 Gabriel Gatica

In an age where the video game industry can stand proud alongside more contemporary entertainment industries like film and music, certain game companies are able to amass a large consumer base ready to purchase the latest entry among their vast list of options.

The NPD Group, a market research group based in New York, unveiled their top 20 best-selling games of the decade in January. While Activision’s Call of Duty Series made up half of the entire list (with titles like CoD Black Ops and CoD Modern Warfare), it was Rockstar Games’ Grand Theft Auto V that was the top-selling game with a total of 115 million copies sold.

But how could a single game from the GTA series outsell games that make up the majority of the CoD series?

It’s not as if the two series are directly pitted against a similar-minded market base, like the Super Mario and Sonic the Hedgehog franchises for example. While both games involve the use of firearms, the core gameplay between the two is different.

While GTA is an action-adventure and open-world game involving different environments like the criminal underground and contemporary cities, the CoD series is about first-person shooters based on different sets like World War II, futuristic worlds, outer space, and more.

However, both games are highly cinematic in nature and feature famous actors in starring roles. Actors Ray Liotta and Peter Fonda have worked in the GTA franchise, while Jeff Goldblum and Ron Perlman have lent their voices to the CoD franchise. The latter has also used the image of Kevin Spacey and Josh Duhamel as main characters.

I believe, however, that what gave GTA the sales advantage was having fewer releases throughout the decade.

The GTA series of games began in 1997 and has released 11 games in the past 23 years. In comparison, CoD has released 16 games since its inception in 2003, which translates to almost one annual release.

Activision focuses on developing as many games as possible in order to create as much of a profit from those releases. But when developing a franchise, it is important to not fatigue the consumer. You do not want them to think that buying your game should be a yearly chore without any growing anticipation for the following entry.

In contrast, GTA releases are anxiously expected by consumers as they take place years after they are first announced. For example, GTA V was first announced in 2011 and came out two years later.

Rockstar Games uses the increasing hype toward the game to receive major sales upon release. They also advertise releases by showing how they were able to improve the game’s cosmetics or resolve technical issues. According to Den of Geek, this helps GTA generate greater revenue from a single game.

Another advantage of GTA is their innovative latest releases.

According to GamesRadar, the higher-selling CoD games (like Black Ops and Advanced Warfare) were released earlier in the decade, in 2010 and 2014 respectively. Its later entries (like Infinite Warfare) are on the lower tiers of the list, having been released later in 2016.

While the CoD franchise still has a high number of sales, its slow decrease over the years indicates that players are interested in playing games that can innovate over time, even if they enjoy a particular franchise of games.