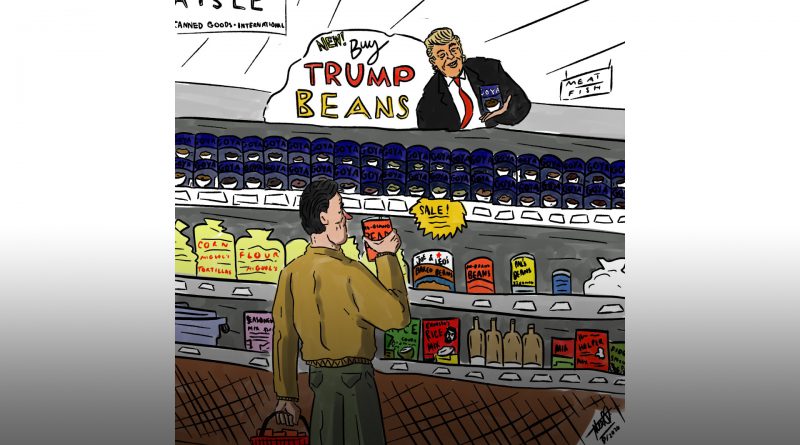 “We’re all truly blessed, at the same time, to have a leader like President Trump, who is a builder,” Unanue said at the event. “And that is what my grandfather did. He came to this country to build, to grow, to prosper.”

The aftermath spurred a nationwide boycott of Goya products by many Latinos who feel the statement goes against Hispanic values.

Many Latinos using the hashtag #Goyaway on Twitter to add fuel to the boycott. Some have even posted videos on social media dumping Goya Foods products down the drain.

As someone who is Hispanic, I believe boycotting a Hispanic, family-owned business is rather hypocritical. But, I do not condemn those boycotting as they are exercising their First Amendment rights.

It all comes down to asking ourselves, who are we fighting? Are we fighting President Trump? Goya Foods? Latinos that support Trump?

That simple question can change the entire perspective of the boycott. Is this an attack on Trump? Is it an attack on Unanue?

Goya is a household name that traces back many generations. It was likely in your great grandmother’s kitchen cabinet.

Why is Unanue the only business owner being persecuted by Americans for practicing his constitutional rights?

The CEO has made it clear he won’t apologize any time soon. I believe people should be allowed to practice their basic rights without suffering severe repercussions.

During the coronavirus pandemic, not only are businesses struggling, but people are hungry.

As citizens, we should focus on more pressing matters—rather than cancel a family owned business—and help those who can’t help themselves.