Female mosquitos are the most dangerous animals in the world. They aren’t poisonous, like certain species of jellyfish. They’re smaller than a tiger and weaker than a crocodile, yet they are responsible for the deaths of more than a million people every year.

Mosquitos mainly inhabit tropical or subtropical areas, and, through their biting of humans and other mammals, can spread diseases such as Malaria, West Nile virus and Zika, causing epidemics of illness.

Some scientists are concerned that global warming would cause a dramatic increase in diseases borne by mosquitos, and for years, scientists have been working to find solutions to the problems caused by them. Numerous insecticide sprays and products have been developed and used, often successfully. However, many of those can harm humans as well as other animals and the environment.

In recent years, scientists have been developing genetically modified mosquitoes, which have the potential to alleviate the situation. One proposed method is by genetically modifying some mosquitoes so that they are unable to transmit certain diseases to humans, and then releasing them into the native population of mosquitoes. Eventually, the reasoning goes, much of, or even the entire population of mosquitoes would end up being unable to transmit the diseases.

Another way that has been proposed to reduce the population of mosquitoes is by releasing male mosquitoes that have been genetically modified to be sterile into the wild. Through their mating with females, the overall population would be reduced in the long run, since no offspring would be produced.

Genetically engineered mosquitoes have their detractors. Concerns have been raised about the cost of using them to control mosquito populations compared to chemical substances. There are also concerns about the possible negative impact of genetically engineered mosquitoes being released into the ecosystem. Some fear that the genetic modifications could result in the mosquito population developing mutations that would make them more resistant to further modifications, or, since the long-term effects on the ecosystem might be damaging, more research into them is necessary.

With the levels of diseases spread by mosquitoes rising, genetic engineering technology offers a promising solution. And while more research into its effects is needed, its overall impact so far has been overwhelmingly more positive than negative.

Electric Cars: How Close Are They? 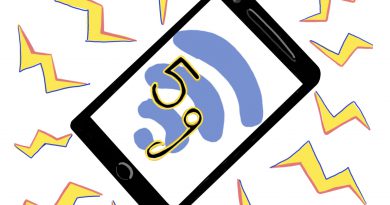 Does The Technological Advances Of 5G Outweigh The Possible Negatives