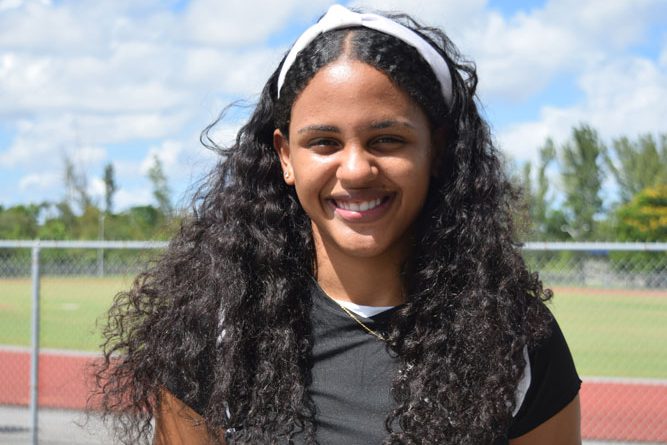 Camila De la Rosa, an 18-year-old-setter from the Dominican Republic, is one of several Lady Shark volleyball players with international experience.

The 5-foot-9 inch tall freshman played on the Dominican Republic’s U-15 National Team when she was 13. De la Rosa has also represented her country at various international tournaments in the U-18, U-20, and U-23 age groups.

Her biggest tournament thus far was at the 2017 FIVB Volleyball Girls’ U-18 World Championship. Although De la Rosa’s team lost to Italy, three sets to one in the championship game, no other U-18 Dominican girls’ volleyball team has ever made it that far.

During the tournament, De la Rosa shared a locker room with Erika Asencio, who is now her teammate.

“The World Championship was a wonderful experience because we put a lot of effort and sacrifice to get there,” said Asencio, an outside hitter for the Lady Sharks. “Camila and I have been growing together from a very young age and being with her again makes me feel confident, but also, more responsible because I know there is a lot of pressure, even more than when we play for the Dominican team.”

In eight games with the Lady Sharks, De la Rosa has established herself, adding 252 assists and 68 digs. She is battling her roommate, Ana Araujo, for a spot in the starting lineup.

“Camila is a very young and mature player that is going to bring a lot of experience and knowledge to this team,” said Lady Sharks head coach Origenes “Kiko” Benoit. “She is a silent worker, a very disciplined girl that knows how to be a team player.”

De la Rosa discovered her passion for the sport when she was 11 years old after watching a volleyball tournament for the first time. Two years later, she joined Los Prados Volleyball Club in her native city of Santo Domingo.

“I have grown a lot as an athlete. I have five years playing the sport and all those years have taught me a lot of discipline, teamwork, and hard work,” De la Rosa said. “I really want to bring all those values and share them with my teammates here at MDC.”

At MDC, De la Rosa is studying international business at Kendall Campus. She aspires to own her own business, but is open to opportunities in professional volleyball.

With the Lady Sharks, De la Rosa hopes to continue the team’s rich tradition of winning. The team is 7-1 this year.

“My dream is to win the national championship and win absolutely everything here at Miami Dade College,” De la Rosa said, “That is my goal, and I believe we have a capable team to do that.”

Once A Bench Player In Brazil, Andrade Provides A Spark For Lady Sharks 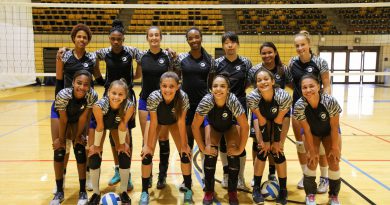