In a home game versus Eastern Florida State College on Sept. 20, freshman outside hitter Massiel Matos offered a snapshot of her potential.

Matos racked up 13 kills for 21.5 total points (7 of those kills were serving aces) in a 3-0 win against the EFSC Titans.

The athletic Dominican has been making her name known in the National Junior College Athletic Association.

She is leading the NJCAA DI in serving aces per set with 0.85. Matos has 40 serving aces through 13 games, which is good for 17th in the league, and she is averaging 4.49 kills per set (3rd in NJCAA).

Matos, 18, has proven to be one of the most important pickups for Head Volleyball Coach Origenes “Kiko” Benoit this season.

Benoit originally discovered Matos during the NORCECA championship tournament, a tournament for all nations to compete in volleyball. He couldn’t take his eyes off of Matos because of her play.

“She was playing for the Dominican Junior National team and it caught my attention that in every NORCECA championship, she was always either one of the top hitters or the best right side,” Benoit said.

Matos possesses volleyball knowledge and experience beyond her age. Her love for the sport can be traced back to her childhood in Higüey a small town in the Dominican Republic.

“I was 12 when my dad would take me to a field to play like kids do, that’s when I started enjoying it and soon enough a coach saw me,” Matos said.

She was offered a spot on the youth national team and later on the Under-20 national team, a squad she is still a part of.

“I would go train sometimes but my mom wouldn’t let me often because I was just 12 and I’d have to stay in town,” Matos said.

Slowly but surely, Matos started to travel to other countries, gaining experience while honing her craft.

“I knew I loved this sport when I was around 15,” Matos said. “I said if I can make it on the national team, then anything is possible. This is my thing, that’s when I knew this is what I wanted to do.”

She has already participated in two world championships. Matos has won one. She has spent the last four years on the national team for the Dominican Republic.

“When we won the Sub-20 World Cup in Puerto Rico, the final was against Brazil, which has an amazing team,” Matos said. “No one expected a small country with limited resources like the Dominican Republic to win.”

Matos met Benoit while playing with the national team. She took a leap of faith to attend MDC because she didn’t know English, leaving  behind everything and everyone she knew for an opportunity to better her life both athletically and academically.

“When I first arrived, I wasn’t having such a good time,” Matos said. “At first it was a new country, a new language. Starting over is the hardest part.”

While Matos is focusing on her studies, volleyball wise, she has her sights set on a National Championship. The Lady Sharks are 9-4 this season and 4-1 in conference play.

“First, we have to concentrate as a team and then we’ll see,” Matos said. 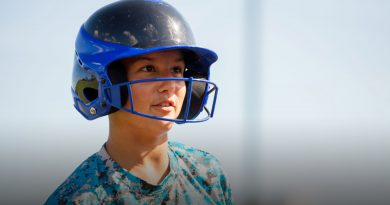 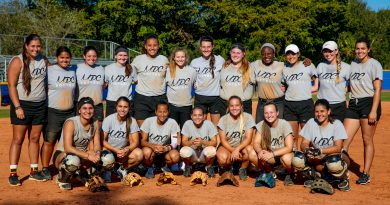