“If you want to be righteous, get in line,” sings Win Butler on the Haiti-inspired “Here Comes The Night Time,” just one of the many gems on Arcade Fire’s fourth and latest masterpiece, Reflektor. Influenced by Søren Kierkegaard’s essay, “The Present Age,” the 1959 film Black Orpheus and inspiring trips to Haiti and Jamaica, Reflektor is a double album of sheer brilliance and festivity.

Arcade Fire—consisting of Win Butler, his wife, Régine Chassagne, his brother, Will Butler, Richard Reed Parry, Tim Kingsbury, Sarah Neufeld and Jeremy Gara—know how to keep their fans on their toes. Graffiti promoting Reflektor was spotted amongst cities across the country last August, their single, “Reflektor” was released on September 9, and the album was officially released on October 29. To top it all off, the Canadian indie band performed secret shows in Brooklyn, Miami and Los Angeles last October and are scheduled tour dates in Europe in November. They’re rumored to return to Miami in April 2014.

“So can you understand?/Why I want a daughter while I’m still young/I wanna hold her hand/and show her some beauty/before all this damage is done,” Butler pleaded on the title track of 2010’s The Suburbs. “But if it’s too much to ask, if it’s too much to ask/then send me a son.” The couple had a son last April during the recording process of Reflektor. In addition, the roof of their recording studio in Canada collapsed, James Murphy of LCD Soundsystem co-produced the album, and David Bowie dropped by the studio to have tea one day and contributed vocals to the single, “Reflektor”. Thus, the making of Reflektor was interesting.

There’s certainly an incandescent theme to Reflektor, whether it’s the packaging of the album that is literally reflective or the fact that every song on here is full of synth-y, surrealistic dance-beat vibes and philosophical grandeur. I’m always annoyed when I hear the word “epic” being used as a description, but I can’t think of a better term.

I find that the fourth track on the second record of Reflektor, “Porno” is a seductive, developed version of “Crown of Love,” from their 2004 debut, Funeral. I’ve had someone tell me that the bass line of “We Exist,” reminds them of Michael Jackson’s “Billie Jean”, while I had someone else tell me that “You Already Know” sounds like the Smiths. And this is what I realized while discussing Reflektor with others: Arcade Fire makes people actually aware of what they’re listening to. Instead of being just a likeable, popular band that people enjoy hearing, they give listeners thought-provoking ideas they would never even begin to care about otherwise. They make people analyze music, the way I like to. They make me feel better about being weird, especially when “Reflektor” starts to play and I spend the entire seven minutes and 34 seconds dancing my heart out, alone in my bedroom. 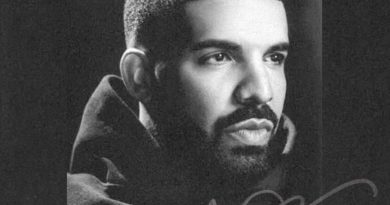 Kings of Leon Ride On With Release Of New Album 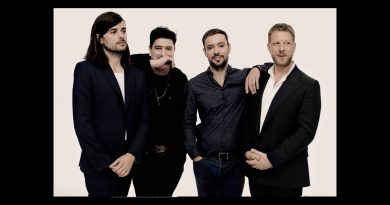