If you speak with current or former members of the Fellowship of Christian Athletes, you are sure to get similar comments about their experience with the organization.

“It was honestly a blessing,”said former Miami Dade College baseball player Michael Perez on his time with FCA. “The things I had to go through at a young age, it was really comforting to be with them. It was more than a club, it was a friendship.”

The Fellowship of Christian Athletes has been supporting MDC and its athletics teams for the past four years, lending their services to the players and coaches that want it.

The purpose of FCA, which is involved with four out of the five MDC teams, is to give athletes a platform to connect, convene and support them through the common interests of sports and Christianity.

“We try to support them on the other dimensions of their life, the spiritual dimension, such as life and making the right choices,” said Jerry Beverly, an FCA area representative in the West Kendall district.

The range of ways in which FCA supports teams and athletes is very broad. They can help by giving a team Gatorade or water bottles at practices, or by lending moral and spiritual support.

Head Baseball Coach Danny Price regularly brings in speakers from FCA to speak with the baseball team. They usually talk about important topics such as how to be an upstanding student athlete or how to manage being away from home for those who are out-of-state students.

Erin Sundook, one of last year’s top softball players, was vice president of the Kendall Campus chapter. She organized weekly meetings with the softball team to discuss topics such as togetherness, respect, and teamwork.

Sundook, like most members at one point, was not initially aware of the club’s existence.

“I was not actively seeking a club related to athletics and my faith, but I did not know one existed,” Sundook said. “So when I was introduced to FCA I was excited to know there was a group of like minded individuals I could meet with.”

Aside from FCA supporting its athletes, the athletes themselves support each other as well.

Members meet regularly with each other during lunch or after school hours. They form study groups, hold meetings, practice their faith, or just hang out together.

“I’m hoping that as president, we can attain members and have small groups, life coaching, really build relationships with one another and really help each other,” said current Kendall Campus Chapter President Lydia Gonzalez. “We’re all young. We’re all starting college. We’re all trying to figure out what life is, so as a small supportive group, I would really love to see us grow.”

Membership is not just restricted to being an active player or coach. There are no requirements, no fees or required materials. Meetings usually take place at conference rooms in churches that support FCA or in classrooms. The organization does not have a designated meeting place at Kendall Campus.

Entering its fifth year working with MDC, FCA hopes to continue its mission of providing guidance and companionship to athletes and resources and supplies to coaches to connect people through sports and religion.

“Being a part of a team already makes the team close, but if FCA can help bring them closer and [allows them] to support each other, that’s a great thing to see,” Gonzalez said.

For more information about the Fellowship of Christian Athletes at Kendall Campus, send an email to lydia.gonzalez005@mymdc.net 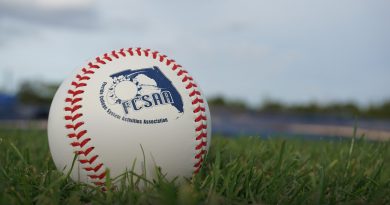 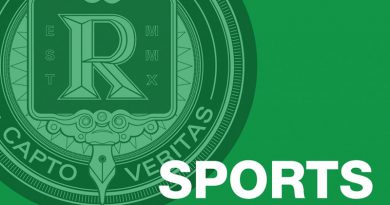