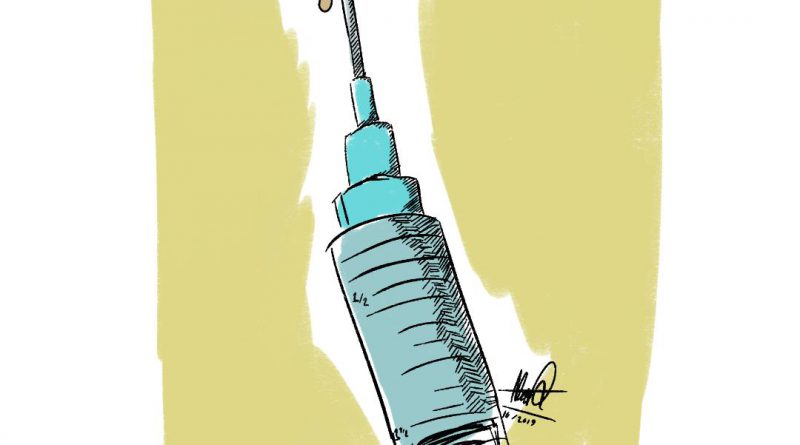 Most people don’t have any qualms against the Tdap, Hepb, or any of the vaccines administered to children and adolescents, probably because they are given early in life with only the occasional booster spaced out by enough years to make you forget you even received them. There is one vaccine that is different though: the flu shot. Every year around October, people are encouraged to get vaccinated against influenza, and every year there are plenty of people who don’t do it.

The refusal to do so can be attributed to many reasons including its questionable efficacy, a distrust of its ingredients, or misinformation regarding the importance of protecting yourself and those around you.

One cursory look at the epidemiological data from the previous flu seasons, which runs from October and can last up to May, is enough for some people to think it’s not necessary to get the influenza vaccine due to individuals being inflicted by the flu regardless of their vaccine status.

Every year, scientists in lab coats engineer a new influenza vaccine to protect against the new strains of the continuously mutating influenza virus. Their goal is to predict and target the strains that will be most prominent in the upcoming flu season, but their prediction is not always right. However, even if the right strains were not targeted, being vaccinated could diminish the severity of symptoms of the flu and shorten its span.

Some people also question the purpose of some components of the flu shot. According to the Centers for Disease Control and Prevention, thimerosal is a compound that contains ethyl mercury used as a preservative to prevent the growth of bacteria in multi-dose vials of the flu vaccine. Concern arises over the safety of mercury due to the nervous system damage and toxicity associated with methyl mercury poisoning.

However, the Global Advisory Committee on Vaccine Safety advises that ethyl mercury is different from methyl mercury because of its shorter half-life and because it gets quickly eliminated from the body through the digestive system as opposed to methyl mercury, which accumulates in the body. The committee concludes that there is no evidence of toxicity from thimerosal use in the flu vaccine.

If you are still concerned, the influenza nasal spray and the single dose vials do not contain thimerosal, and you can ask your doctor about those options. Others claim that the carcinogenicity, or the ability to cause cancer, of formaldehyde used to inactivate toxins in vaccines is enough reason to not get vaccinated. Yet, the amount found in vaccines is typically less than the amount the body normally makes from regular metabolism.

If enough people in a population are vaccinated, then people who can’t get the flu shot are still indirectly protected by the responsible citizens around them that do. This is a phenomenon called herd immunity. The CDC states that infants under six months old should not get vaccinated for influenza. Therefore, if you think babies are cute then you can protect them by getting the flu shot.

Many pharmacies provide the influenza vaccine at a low cost or it could be completely covered by your insurance. Also, if you’re worried about the pain, don’t be. It lasts less than a second. By the time you finished reading the last sentence you could have been vaccinated already. Don’t delay. Be a good citizen, protect yourself, and get your flu shot today.