While 2016 has been a disappointing year for cinema there have been some exceptions, most notably 10 Cloverfield Lane and Hush. Fede Alvarez’s Don’t Breathe is not one of those exceptions. It’s the equivalent of a 69% on a term paper, a performance bogged down by too many small imperfections, succeeding in providing baseline entertainment but failing to create art.

The film tells the story of three young thieves, Rocky (Jane Levy), Alex (Dylan Minnette) and Money (Daniel Zovatto), pulling off what appears to be an easy score, $300,000 stashed in the house of a blind old man (Stephen Lang).

It opens with an aerial view at dawn, an empty street, Lang’s character dragging a woman behind him by her hair. As the shot zooms closer, one notices the cracked road, the crumbling, abandoned houses lined on both sides, and a quarter mile long brushstroke of blood following the two characters.

Shots like these are when the film is at its best. Alvarez’s attention to detail and unconventional camera style intensify each action. Every one of his establishing shots, fight scenes and narrative sequences create a primal sense of urgency throughout the movie, both through physical and abstract danger.

Don’t Breathe’s true antagonist is time, whether it is in the threat of moral decay for Rocky’s sister or the few seconds of silence when Lang’s character listens for a revealing breath. Alvarez uses the hopelessness and curtailing of time to highlight each scene, each character’s snap decision and the promise of a shortcut (whether to happiness or death) in $300,000.

Of course, for every good element in the movie, there is also a mirror issue to nullify it. Lighting in the film is mismanaged. Whenever the movie tries to convey a sense of emergency or tension, it’s always hampered by either being too bright, or being too dark, having the detailed set wasted for 90% of its run time.

The film also suffers from an amateur cast and script. Levy and Minnette both give an equally tedious performance, their fear unconvincing. Lang’s over-the-top acting and cheesy lines shoot down what could have been an interesting antagonist. A combination of the script, his failed German accent and plot dependent super senses (at times being able to hear a footstep from across the room but unable to perceive a character he passes by) turns him into a three-way cross between Hans Gruber, Buffalo Bill and Jaws the shark. It speaks volumes that the best acting in the movie comes from Zovatto, whose character, Money, is defined by his love of money.

In regards to storytelling, Don’t Breathe has nothing exciting to say. Even if you have a passing familiarity with films like Psycho, Halloween and Alien, you’ll already be able to tell in what direction Don’t Breathe is going with its plot (spoiler: nowhere new). Halfway through the movie, any morally gray area between the thieves and the old man is shot down by a ridiculous motivation on Lang’s part, cumulating in a shock-value filled scene during the last third of the film.

Don’t Breathe is neither good nor bad. It’s something much worse, dull. The film breaks no fresh ground in the horror genre, every familiar character arc and plot point retreaded, every risky artistic choice matched by a well-worn tone. Don’t Breathe is a decent thriller, definitely outshining the current lineup of Suicide Squad and Nine Lives. But if you’re looking for a horror movie that offers something a little less stale, you’ll have more luck perusing through Netflix than going to the theatre.

Alexander F. Aspuru, 18, is a liberal arts major in the Honors College at Kendall Campus. He will serve as a staff writer during the 2015-2016 school year. Aspuru, who graduated from Belen Jesuit Preparatory School in 2015, aspires to work in Antarctica as part of the McMurdo Station support staff. 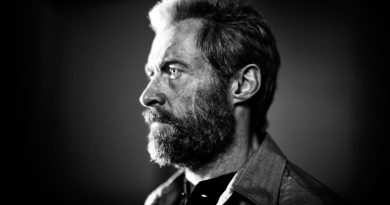 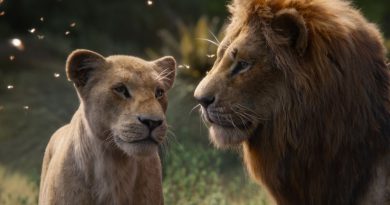