United States and North Korean relations haven’t seen such an increase in involvement since the Clinton administration. Many factors besides U.S. President Donald J. Trump’s recent talks are at play in this new found commitment for peace, and people, from North Korean defectors to South Korean peace activists, have been fighting for these talks for years.

Diplomats during the Clinton administration described the openness within leading circles in North Korea to start making amends with the US. This push was stopped by the George W. Bush administration, which made its isolationist policy with North Korea very clear. This was done by dropping out of the Anti-Ballistic Missile Treaty (ABM), later the main prerequisite of the modern ballistic missiles push that the Kim regime is well known for.

While this was going on in North Korea, South Korean peace activists were protesting what they perceived as the US escalating a conflict that primarily affects their country, not ours. What makes the U.S.-South Korean relationship even more tense is the U.S.’s history of supporting tyrants. It goes back to around the start of the Korean war, when the U.S. supported the notorious dictator “president” Sigmund Rhee. After over a decade of martial rule under his watch, Sigmund Rhee would step down from power after throwing the country into chaos. This culminated in a series of repressive and autocratic regimes.

This history is fundamental in understanding the difference between the new talks for North Korean relations and the old. Many critics of the talks describe them as naïve due to North Korea’s history of delaying nuclear meetings. The Clinton administration was the primary example of this after its failed Agreed Framework. The diplomatic deal seemed to be the closest thing in recent memory to ending the nuclear program and bringing in a new era of relations. However, intelligence agencies began to realize the magnitude of North Korea’s nuclear development. It was still developing nukes despite the recent talks and having signed the Nuclear Non-Proliferation Treaty (NNPT).

Delaying any talks for the non-proliferation of its nuclear program, North Korea dropped out of the NNPT and continued its march to nuclear power as Bush’s “Axis of Evil” rhetoric commenced. What makes talks different this time around is the pressure of allies on both sides, the new and just administration of Moon Jae-in, and the intensified movement within the Korean peninsula for peace talks.

The president may claim a Nobel Peace prize just for how far he has gone for North Korean peace talks. This begs the question: does the president deserve as much credit for the talks as he thinks? Perhaps not, but it was astounding for the president to let the talks between Moon and Kim commence without complete U.S. scorn.

President Moon will rightly be credited with this renewed effort for peace, rather than the president that once comically called North Korea’s leader “Rocket-Man.” President Trump may receive credit for allowing this to happen, depending on whether he follows up on advancing the push for better relations with some reasonable concessions. One of those concessions that was partially accomplished is the scaling back of joint military drills with South Korea.

Another extreme yet not so costly concession would be to sign a recent bill by congressman Ro Khanna to officially end the Korean war. In case you didn’t know, an armistice was signed in 1953. This did not mean an official end to the Korean war; as a matter of fact the DMZ wars would later commence after the armistice, which almost risked a second war with North Korea.

The president may be on a road to nowhere after his recent hiccup in Hanoi. He said that North Korean negotiators wanted all sanctions lifted from the country. However, North Korean diplomats have a completely different account of how the talks played out. The diplomats were actually calling for partial sanction relief in exchange for Trump’s demand to close down North Korea’s second largest nuclear power plant. Some say talks may continue, while others believe certain individuals such as John Bolton and other neoconservatives in the administration may end them. Ultimately, it may all be up to this president to decide whether he will continue to unwind decades upon decades of relentlessly bitter relations with North Korea.

Marijuana Should Be Legalized All Across The United States 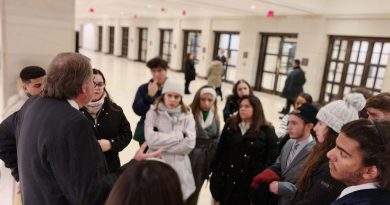 Daylight Saving Time Should Be Eliminated