At Frankie Midnight’s house in Miami Gardens, inside a room plastered with Rolling Stone covers and Michael Jackson posters, Sha tha Goddess, 23, brushes the tips of her fingers across the piano keys.

Quiana Major, 21, stands by her keyboard with the anticipation of a conductor. Frankie Midnight, 23, creeps from place to place, apologizing for having to use a drum track, checking each cable and power outlet to ensure that I get the full “Venus Electric” experience, even without drummer Marq Iggy.

Richard Boisrond, 24,  Midnight’s foil, has his hands wrapped around an onyx and crimson bass guitar, primed to strum.

Together they are Frankie Midnight and the Venus Electric, an eclectic, indie, pop, R&B band, according to lead singer and songwriter, Midnight.

The band formed around Midnight in order to perform his solo album, 27,000,000 Miles from Venus. They meet twice a week at Midnight’s house for practice.

Major, who juggles classes at Kendall Campus and the band, takes two buses and a train from Florida City in order to make it to practice. Boisrond takes the monorail four times (twice heading to practice, and twice heading back home) while Sha tha Goddess works in retail.

Even with this schedule, Frankie Midnight and the Venus Electric still find time to work on their own solo projects.

Midnight, who moonlights as a Michael Jackson impersonator during his spare time, has put his education on the side to pursue his music career. However, finances hold back most of the bandmates from doing the same.

Major states that the main goal for the band is to be able to continue making music, while simultaneously being able to support themselves.

Money, along with race, is what 27,000,000 Miles from Venus signifies, according to Midnight.

“27,000,000 Miles from Venus, to me, means being foreign to a lot of what’s considered typical or the way it should be,” Midnight said.

Of course, there is a separation between the artist and the artwork. While Midnight may believe that his work serves as social commentary, the actual nine song album —which can be downloaded for free at frankiemidnight.bandcamp.com/releases— speaks little about race and income inequality. Rather, its subject matter leans more toward partying and relationships.

While the album lacks the social significance attributed to it by its creator, the instrumentals and mix of pop with 80’s R&B Funk is catchy enough to attract a niche of indie music fans.

“It’s cool, down to earth, genuine music. There is not one bad song on that album,” Boisrond said.

Frankie Midnight and the Venus Electric is currently the top sixth indie band on ReverbNation in Miami. They will be performing at Churchill’s Pub (5501 N.E. 2nd Ave.) on Dec. 17 as part of a benefit concert against predatory student loans.

To be up to date on future events, check out  their website.

Alexander F. Aspuru, 18, is a liberal arts major in the Honors College at Kendall Campus. He will serve as a staff writer during the 2015-2016 school year. Aspuru, who graduated from Belen Jesuit Preparatory School in 2015, aspires to work in Antarctica as part of the McMurdo Station support staff.

Kings of Leon Ride On With Release Of New Album 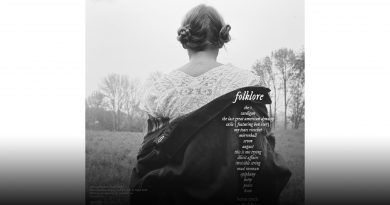 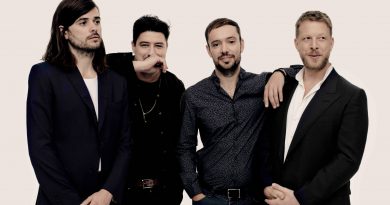