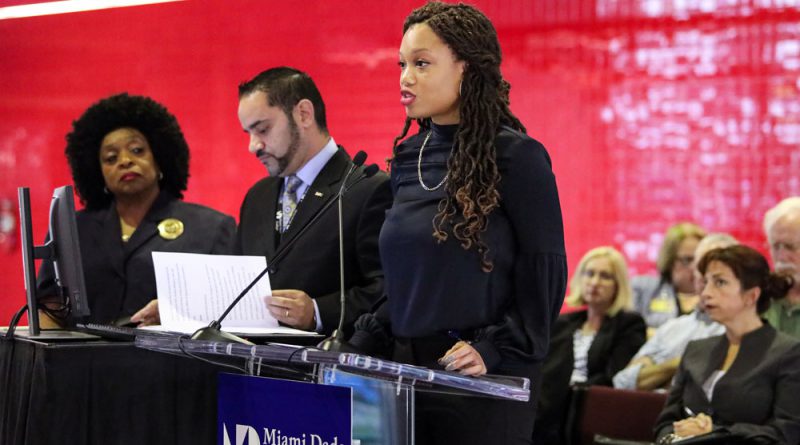 Some of the projects will include a college-wide sexual violence prevention campaign, mandatory prevention training for incoming students and staff as well as discipline training for students, faculty and public safety officers.

“Sexual violence is a public health concern,” said Reisha Williams, director of interpersonal violence prevention. “We are able to better respond if it happens on campus but also teach students about how we can prevent violence from even happening.”

The SHARK Initiative, a social media awareness campaign that aims to prevent sexual assault, domestic violence and stalking incidents, will be released to students in the spring. The initiative coordinates training and events focused on preventing and intervening in these situations through social media and on-campus events.

In 2018, the College reported six sexual offenses incidents at four campuses, and four in 2017, according to the College’s annual security reports.

The Office of Sexual Violence Prevention, located at Kendall Campus, is overseen by the Coordinated Community Response Team, made up of administrators and staff from various capacities. It works with students, public safety, adminstration and staff to prevent sexual violence and create holistic responses to those issues.

The College opened the Office of Sexual Violence Prevention in October of 2018, after receiving a grant from the Department of Justice’s Office of Violence Against Women. The funds were an $18 million investment across 57 colleges and universities that sought to implement comprehensive sexual violence prevention programs.

“[MDC] understands the impact and consequences of sexual violence and strives to create and maintain an educational environment and workplace that is free from such effects,” Williams said. “We have seen advancements with people caring more about these issues and getting people to think about sexual violence and how it impacts learning. We hope to see that continue.”

“The initiative was made by my office in 2017 to address the growing national trend of sexual violence and enhance the college prevention strategy,” said Yakir Fernandez, director of emergency management and project director of the grant.

For more information on the SHARK Initiative, students and staff can visit www.mdc.edu/preventsexualviolence/mdc-shark-initiative or contact the Office of Sexual Violence Prevention at prevention@mdc.edu.