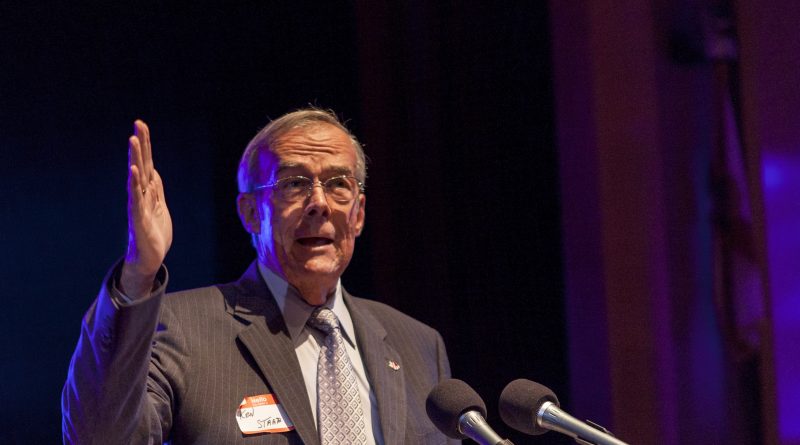 Kenneth Staab, the academic chairperson for the School of Justice at North Campus, retired on  April 1, after almost six years at Miami Dade College.

“I’m quite proud of the School of Justice, and the contributions we’ve made for the students that attend Miami Dade College,” Staab said.

In 2015, the School of Justice at North Campus was selected for the Quality Enhancement Plan. The QEP includes courses in writing and feedback from Learning Resources to help students become more competitive in the workforce.

The school was also awarded an annual contract in January 2016 to become the state of Florida’s provider for online courses for Transportation Security Administration students.

“I’m very proud of this institution, and I take pride in knowing I had a hand in its improvements,” Staab said.

In July 2011, Staab joined the faculty as an adjunct professor in emergency preparedness, working part-time and then full-time, teaching classes, mostly to students pursuing law enforcement or fire science degrees.

Staab, a retired law enforcement officer, used to work for Broward County, covering criminal investigations, narcotics,  intelligence, uniform patrol for emergent and non-emergent cases. After serving Broward County at the municipal level for 32 years, he worked for the state of Florida for five years.

From January 2012 until June 2013, he served as a Federal Emergency Management Agency (FEMA) grant coordinator instructing students, faculty and staff at MDC about emergency procedures. These procedures include what to do in a fire, tornado, hurricane or other emergency crises.

In October 2013, he was appointed chairperson by a hiring committee to oversee the School of Justice and stayed until his retirement.

“My job description differs depending on what’s needed from me,” Staab said. “I’m a coordinator, a facilitator, a manager, a director, intimately involved in anything. Sometimes I’m even a cheerleader, just encouraging students and staff.”

Raimundo Socorro, the dean of the School of Justice Public Safety and Law Studies, met Staab in 2014 and calls him the hardest-working, most compassionate individual he’s ever met.

“He would assign himself faculty of certain classes that weren’t offered so that students could take the course, not lose a semester, receive the credit and graduate,” Socorro said.

Staab would also go out of his way to counsel students having personal and economic difficulties and would help them with scheduling or financial resources.

“He used to skip lunch a lot of the time just because there was always one more student he could help. [He’s] so wonderfully unselfish, everyone respects him greatly,” said Paul Kiley, director of basic training for the School of Justice at North Campus. Kiley has known Staab for more than 30 years, first becoming colleagues when they both worked as police officers.

“Since we were police officers, he’s helped others with just the best sense of dedication and accomplishment,” Kiley said. “He really understands what it is to be a public servant; it’s his calling.”

School of Justice employees said they admire and respect Staab’s work ethic and hold him in high regard.

“People work eight-to-five jobs, but Ken works five-to-eight,” Kiley said. “It’s something we all joke with him about, that he works the opposite time frame that everyone else does.”

Staab is looking forward to traveling and resuming his volunteer work and spending time with his wife of 43 years, his children and grandchildren.  He is still defining the rest of his bucket list.

“I loved the opportunity I’ve had,” Staab said. “I’m proud of my career and I’m proud to have been part of MDC.”

He is also looking forward to doing work that he’s put aside.

“I want to keep my wife happy by finally cleaning out the garage,” Staab said.

Sloan To Retire After 37 Years At MDC