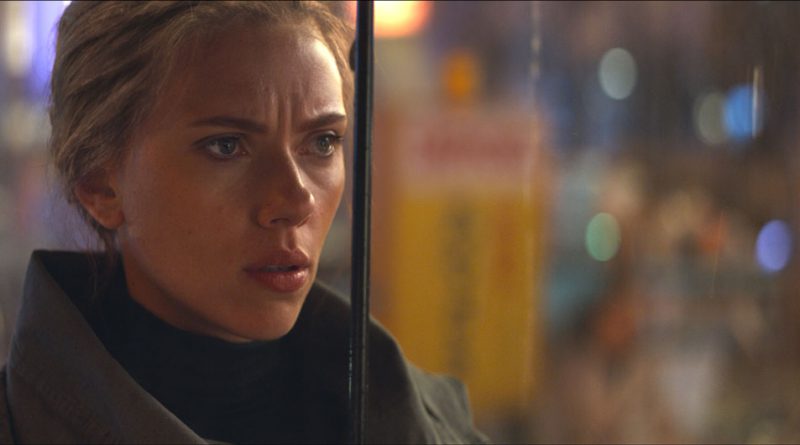 As we dive deeper into the age of social media, more and more celebrities feel the need to throw their hats into the proverbial ring.

Just recently, actress Scarlett Johansson had some off-color comments on a number of things, ranging from her ability to audition for whatever role she wants in response to whitewashing allegations to some unsavory opinions about our political process. But what really put Johansson into hot water were her comments on notoriously controversial director Woody Allen.

In an interview with The Hollywood Reporter, Johansson said that she “loves Woody [Allen]” and that she “believes him” and “would work with him anytime.”

It’s evident by Johansson’s tone that she has an aura of haughtiness around her. Being the highest-paid actress in Hollywood gives her a safety blanket to do and say anything she chooses, much to the chagrin of the public and lesser-known actresses whose chances of making it in Hollywood are slim to none.

Of course, the backlash to what Johansson said was immediate.

Twitter, Facebook and online forums like Reddit had their metaphorical pitchforks and Molotov cocktails ready to start a riot. With Johansson’s status in the industry reaching astronomical levels of fame, it’s unlikely that she will face any true consequences to her comments. With her Black Widow film set to be released in 2020, and her endless endorsement deals, her fame level will remain unbothered and maybe even grow higher than it currently is.

For all of Johansson’s faults, she’s not the only one to use her star power and wealth to squeeze herself out of situations. Take the recent college admissions scam scandal, actresses Lori Loughlin and Felicity Huffman used their fortunes and star power to pull strings behind the scenes to get their kids into prestigious universities. Luckily for all those well-meaning students who worked hard and earned their way into Ivy League schools, Huffman and Loughlin have had their reputations tarnished.

Much like Johannson, Huffman and Loughlin thought that their status in the entertainment industry could absolve them of any negative outcomes. These incidents aren’t just limited to movie and television actresses. Acts like Lana Del Rey and even Ariana Grande have been guilty of abusing their power on social media, harassing smaller accounts and “@-ing” music critics when they give constructive criticism.

The fact that big-named stars like Johannson, Loughlin, Grande and Huffman use their fame to bully and silence people into submission, bribe their kids into college or defend a man who has allegedly been accused of sexual assault and still get a slap on the wrist reveals an underlying problem with celebrity culture.

As long as you have money, legions of adoring fans hanging on to your every word or a multi-million dollar movie opening in 2020, you can say, do and get away with anything you want with little to no consequences. Money and power are the biggest security blanket you have as a celebrity. As we head into 2020, will we see celebrities own up to their actions or continue to skirt around the rules?

Time will only tell.