The freshman libero has been selected as the Florida College System Activities Association’s Defensive Player of the Week the past two weeks. The honors are for games played between Oct. 17-30.

During that stretch, Hernandez was the team’s defensive anchor, helping them to a 5-1 record.

Overall, Hernandez has played an integral part in the team’s play and current 14-5 record.

Hernandez leads the team in digs with 334 total and digs per set with a 7.95 average, which is ranked second in the National Junior College Athletic Association Division 1.

Born and raised in the city of Cali, Colombia, Hernandez has always been one of the top players in her country.

Hernandez has participated in several South American and international tournaments as a member of the Colombian Women’s National Team. During the 2010 and 2012 South America Games, Hernandez was awarded Best Libero in the tournament.

According to Women’s Volleyball Head Coach Origenes “Kiko” Benoit, he actually came across Hernandez through a tip from his connections in Colombia.

“My wife, she used to play for the Colombian national team,” Benoit said. “We have friends there and they usually recommend players to us.”

The valuable tip translated into a player that has produced greatly for the Lady Sharks this year.

“She knows the game very, very well,” Benoit said. “It’s like having a coach on the court.” 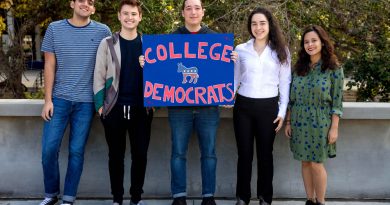