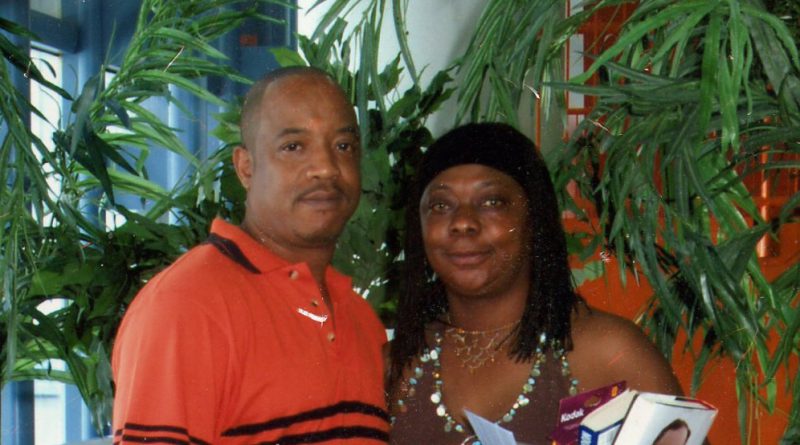 To her students. Her co-workers. Her friends.

Fulton left an indelible mark on the lives she touched.

“Deep down inside, I still miss her,” said her husband of almost 29 years, Glen Fulton.

Charlotte, who worked as a public safety officer at North Campus and the Carrie P. Meek Entrepreneurial Center for more than 13 years, was born on Feb. 28, 1964. She graduated from Miami Norland Senior High School in the early 80’s.

Glen, a St. Louis, MO. transplant said he felt it was destiny that led him to her Opa Locka neighborhood “to find her.”

But his first impression of her in 1987 didn’t match up to Charlotte’s lovable personality.

“She just had a mean look on her when I first met her, so I thought she was mean,” said Fulton who works in Campus Services at North Campus.

He later found that not to be the case. Charlotte lived down the street from the room and board Glen resided at and as she drove by everyday, they would wave to each other.

“I had the nerve to go out of the house one day and I asked her out,” Fulton said. “I didn’t have anything but a bike, but that was the lady for me cause she got on the handle bars and we went where we needed to go.”

The two would visit nearby beaches to barbeque which were foreign to the Missouri-native.

A year later they married in a courthouse on Aug. 27.

Charlotte began working for Miami Dade College in 2004. Coincidently her mother, also a public safety officer who helped her son-in-law get a job at the institution, had recently passed.

“She looked like her mama so everyday it would be shocking to people,” Fulton said.

During her time at MDC, Charlotte built strong ties with the community she served.

“She had a great relationship with everyone and was always happy to help,” said North Campus’ chief of public safety Victor Moreno.

Charlotte was known to bring leftovers to work. Oxtail was her favorite meal to cook and share with co-workers.

When a student needed money for lunch or the bus, she was quick to help. Glen witnessed this firsthand many times. He would often tease her about it.

“‘Oh you’re giving another guy some money?’ ” Glen Fulton recalled joking when he saw her helping a student once. “We all laughed it off.”

She was equally kind to her co-workers. Demetrice Clay was one of her favorites. They had a  ritual. Clay would clock in and give Charlotte a hug and a kiss. They ate breakfast and lunch together almost everyday.

“If you were feeling sad, she would make a joke, make you laugh,” Clay said. “I loved her personality. She kept you laughing.”

Charlotte joked around the last time they spoke. Her pants had ripped, so she gave them to a coworker who was also a seamstress. When Clay picked them up, he called her.

Aside from Glen, Charlotte is survived by five brothers, six sisters and her nieces and nephews. Her funeral was on July 1.

“Once you met her, you was her friend,” Fulton said. “She would try to help you in the best way she could. That’s what we do.” 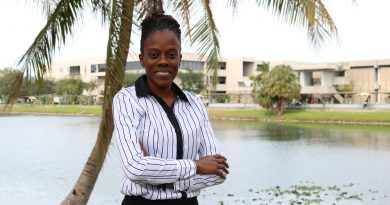