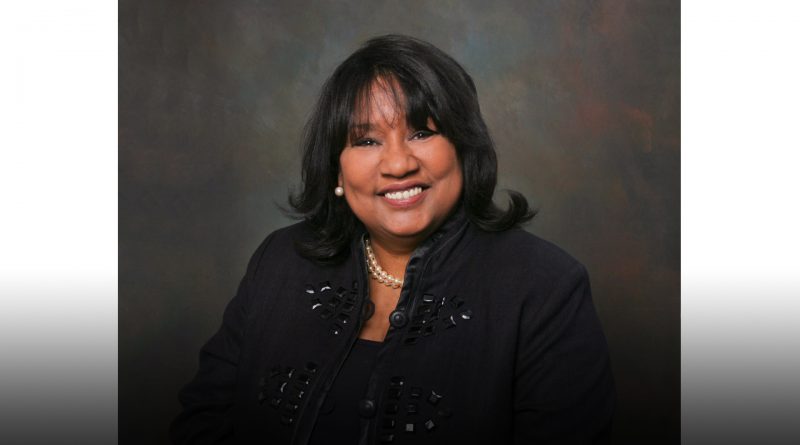 Nora Dawkins started her Honors leadership class with a broad smile that spoke the same animated expression every time: “It’s time to wake up and smell the coffee.”

She belted out the phrase when she noticed her students were tired or sluggish.

Her voice jolted their spirits, which prepared them for an hour-long class that focused on teaching them to be independent and responsible.

“She always [ran] at a hundred miles an hour—always enthusiastic about her job and her students,” said Matthew Bryan, one of Dawkins’ former students who graduated in 2015.

Dawkins—who taught English for Academic purposes and retired from North Campus last February—passed away on April 12 after battling breast cancer. She worked at Miami Dade College in various teaching and administrative capacities for 34 years.

During her tenure at MDC, the 68-year-old taught English for Academic purposes, student life skills, biology and Honors leadership courses at North Campus. She also served as a lead faculty member for The Honors College and advised Phi Theta Kappa’s Mu Epsilon chapter for more than a decade.

“She had that impact on her class—that’s why students wanted to be part of her class,” said Shane Johnson, who is the director of the HC at North Campus. “I think what made her special was her ability to give students—especially the students that we serve—a sense of hope.”

Teaching was a detour from her original plans to work in social services but her lessons resonated. Droves of her students have followed in her footsteps.

Bryan, who teaches fourth grade students at the OCPS Academic Center for Excellence in Orlando, models his teaching style to her work ethic and attention to detail.

“She was stern but approachable,” Bryan said.

Dawkins was born on March 14, 1952 in Saginaw, Michigan to Margaret Alexander and Jesse Jackson Sr.

She moved to New York because her father worked in a variety of fields including a steel mill, as an agricultural worker and a candy shop owner. While in New York, she attended the University at Buffalo.

Once her parents divorced, she moved with her mother to Miami in the mid 70s’.

She took a job as an administrative assistant for what was then known as Metro Dade County and later wrote grants for the James E. Scott Community Association and County Commissioner Barbara Carey.

Eventually, Dawkins earned a bachelor’s degree in professional studies from Barry University in 1985.

Then, her work switched to academia.

Dawkins started at North Campus in 1985 as a part-timer, and was eventually promoted to assistant dean for academic affairs two years later.

She eventually found her niche as an English instructor in 1992. Dawkins earned her master’s degree in Teaching English to Speakers of Other Languages from Nova Southeastern University in 1994.

Dawkins then became an assistant professor and the rest is history.

“Students would fight to get into her classes,” Johnson said.

Dawkins helped co-design and pilot the EAP program in its early stages. She co-wrote curriculum for classes, designed virtual classes and introduced technology into the mix.

“She was one of my few colleagues that was a constant customer of my lab,” said Pedro Arguelles, the EAP program’s lab manager.

Throughout the years, she became involved in different facets at the College—mainly at the HC and PTK.

Dawkins co-designed and piloted the HC’s program design when it started in 2001. She later worked as a lead faculty member for North Campus’ Honors College division for eight years until she retired.

Her work dramatically changed how the HC looks today—from streamlining the four Honors leadership classes every student in the program is required to take to implementing service learning projects.

“The Honors College and [MDC] as a whole won’t be the same without her, but her influence and the lives she’s touched will definitely live on,” Bryan said.

Dawkins was embedded in the fabric of the HC. When Johnson’s birthday came up, Dawkins and several Honors students decorated his office with balloons and confetti to surprise him.

“She just had this lightheartedness about her that was infectious,” Johnson said.

Students describe Dawkins’ teaching style as tough but fruitful. She often made them work on their portfolios, resumes and projects in increments to train them to do their work ahead of time.

“She was like: ‘when you guys go for an interview or whatever-respected four-year university, you’re going to be a step ahead of everyone else’,” Bryan said.

Dawkins also advised PTK for more than a decade and saw them become a Five Star Chapter for five consecutive years under her guidance.

Bryan, who served as an officer in 2014, said Dawkins attended every PTK meeting, whether it was held in the evening or during the weekend. Sometimes she dug into her own pocket to help PTK students when they didn’t have money to fund school trips with the club.

Dawkins also made it a habit to involve students and colleagues in PTK. She asked Arguelles to help with the club for two years straight. He eventually caved in, and now serves as co-advisor.

Her contributions to MDC earned her The Miami Foundation Endowed Teaching Chair in 2011.

Outside of MDC, Dawkins prided herself on being a girly-girl—she never left the house without her hair, makeup and wardrobe done.

“When she liked a pair of pants, she bought it in every color,” said Matthew Dawkins, her only son.

She redesigned one of the rooms in her home in Miami Gardens into a full-scale walk-in closet outfitted with clothes and shoe racks, vanities that light up and furniture.

When Matthew visited her at the hospital last year while she was undergoing chemotherapy, the first thing she told him was: “Look at my hair.”

Dawkins made it a mission to visit the Louis Vuitton flagship store in Paris at least once in her lifetime, and eventually visited about five years ago.

While at the store she picked up two Swarovski crystal purses—that totaled $20,000—with the Louis Vuitton monogram on the front, with the goal of passing it down as a family heirloom.

The purses will go to her 12-year-old granddaughter Makayla when Matthew decides on a perfect time to give it to her.

“I want her to cherish it,” Matthew said. 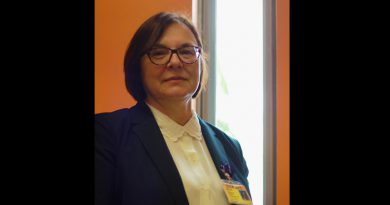