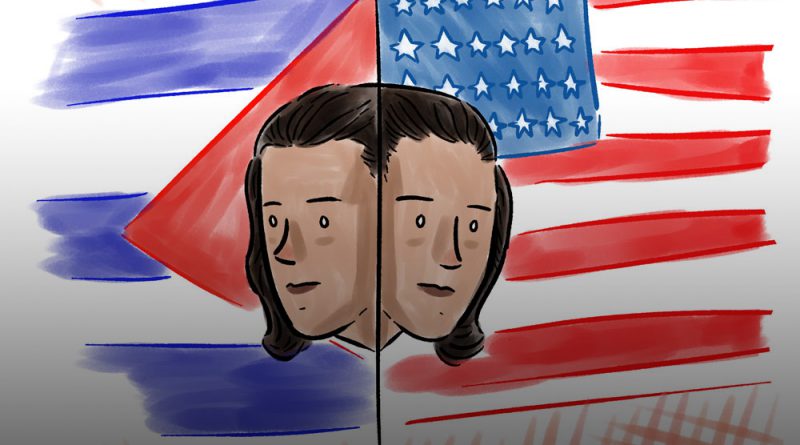 Cuban-American. The hyphen between the two feels just as long as the 90 miles of ocean that separates Key West from Havana. I live on the hyphen, a constant struggle to feel like I belong because no soy ni de aquí, ni de allá.

My mom emigrated in 1965 on one of the first Freedom Flights, just days before her third birthday. My dad didn’t leave the island until 1998 when he won ‘El Bombo,’ the annual visa lottery. Fate would have it that they would meet here in the States and shortly after have me.

I was born in the beautiful city of Hialeah, a place filled with culture, unique people, and an exile for those who can no longer live in Cuba. I was raised to be a proud Cuban—I can recite almost any Jose Martí poem and play dominos better than your abuelo. I have always been proud of my heritage and embraced my roots no matter what.

However, that all changed in middle school. I attended a school on the outskirts of Coconut Grove and faced a huge cultural shock. There was no longer that strong sense of Cuban pride that I was so used to in my elementary school. I struggled to make friends because to some I was ‘too Cuban,’ and to others I was just too loud, too outspoken, and just too much for them to handle.

Growing up I always felt like I was too Cuban to be American, but on a trip to Cuba, I realized I was too American to be considered Cuban.

Living on the hyphen to me means that I am mixing the traditions my ancestors created, putting my twist on it, and sharing it with future generations.

I grew up eating a McDonald’s Happy Meal for lunch and then going home to have rice, black beans, and steak. I started drinking café con leche when I was three and dipping my Cuban toast to achieve that perfect soggy slice.

The hyphen means being drenched in Royal Violets perfume, a gold nameplate bracelet, and azabaches to protect from the evil eye. It also means having a Sweet Sixteen instead of a Quinceañera. Not knowing how to dance salsa or guaguancó after years of dance lessons. Or hating ropa vieja, congris, and flan. It even means speaking Spanglish because Spanish was my first language but I perfected my English in school and I sometimes forget how to say certain things in my native tongue.

I am proud to be Cuban and American (Cuban-American). I recognize the beauty and importance of both cultures. As I mature and grow, I have learned to embrace their differences. I still don’t know what it means to be ‘too Cuban’ but I don’t care.

The girl in the mirror is a young, urban Cuban-American and I am so dang proud of her. 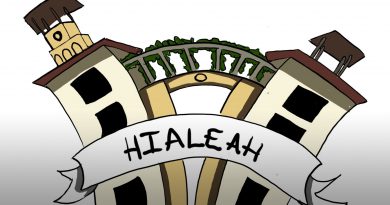 Hialeah Is More Than Its Stereotypes 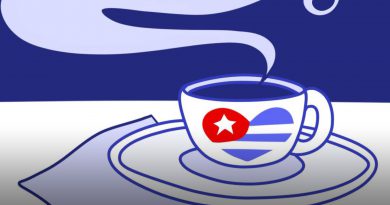 Is Hialeah Really The Most Miserable City?

Cuban-American Musical At The Koubek Center