Bastille’s 2013 debut album, Bad Blood, showed the world what the British indie pop band could do with a Coldplay-like sound and lyrics laced with historical, pop cultural and literary references. It was uneven and overambitious but propelled them into success and was followed by several remix albums afterward.

Wild World, the quartet’s second album, changes things up a bit. The three year break has given lead vocalist and songwriter, Dan Smith, ample time to cultivate his influences to craft a different album.

The result? A sophomore effort that not only exceeds the debut but manages to be a deeply personal and euphonic rock LP. Bastille has crafted a sound that is unique, but has taken some inspiration from other groups and artists.

The harmonies from The Beatles’ “Eleanor Rigby,” the smooth R&B vocals and guitar from Frank Ocean’s “Bad Religion” and even the ominous keys from Kanye West’s “Say You Will” are all evident in their influence on the album. But Bastille doesn’t simply take from these groups, the same way a band like Creed copies Pearl Jam. Instead, they use it as a means to craft a more unique sound. A key component missing from Bad Blood.

Instead of being another Coldplay, The Killers or U2-like band, they develop their own individual sound and tell a sprawling story, something that hasn’t been seen since Kendrick Lamar’s good kid, m.A.A.d city.

That’s not saying Bad Blood does not tell a story, but it’s a messy one. It plays more like a student-made horror/action film that tried to reach David Lynch-like heights, but only managed to distance listeners and make them skip to more radio friendly singles like “Pompeii” and “Flaws.”

Wild World feels more like a coming-of-age story, one that can be compared to the works of Sofia Coppola or Spike Jonze. It takes cues from Lamar’s good kid, m.A.A.d city by slipping recorded samples into the tracks.

Unlike K-Dot, Smith uses sampled clips from classic films like Weird Science to tell his tale. It’s an interesting way to make an album more personal, considering the arena-ready ambition. Instead of simply dishing out catchy hooks and synthesized music (no worries, they’re still in the album), Smith crafts verses of heartbreak, loss and the fears that come with growing up.

The lyrics are helped with excellent production by Smith and Mark Crew, with each song having a distinct yet coherent sound. It’s the kind of album to get up and dance to but still allows people to listen to it and take it apart song by song.

In a way, Bastille is bringing back album music, elevating the pop genre from its bubblegum restraints and mass produced ways.

Whether heard on the dance floor, a Top 40 station or through the speakers of a record player, Bastille’s Wild Word is another great addition to 2016’s strong album releases. 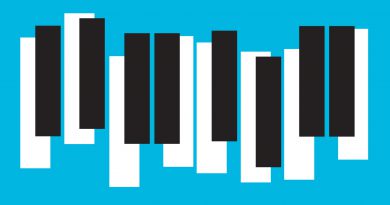 Pianos Are There To Play, Not Pay For