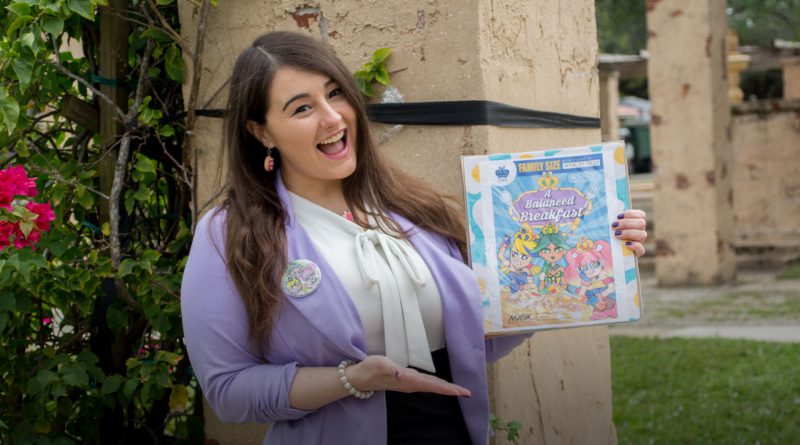 Many kids dream of becoming cartoon artists and seeing their drawings come to life on television. That dream became a reality for Brenna Verner.

“I remember I would get in trouble in school because I would pass around my comics in class,” said Verner, a Wolfson Campus student. “My classmates would always ask me ‘Yo! When is the next chapter coming out?’ and that kept me super motivated. I am glad I never gave up.”

The two-minute film stars three sisters—Salty, Sour and Sweet— who are princesses from the Flavor Kingdom arguing about what to make their parents for breakfast on their wedding anniversary. When they have different opinions on what to make, it winds up being a recipe for disaster.

Verner, 29, started at Miami Dade College in the Honors College at Wolfson Campus in 2009. Two years later, she earned an associate’s degree in computer arts and animation before transferring to Florida Atlantic University where got a bachelor’s degree in film, video and new media in 2013.

She returned to MDC in 2015 to participate in the MIA Animation Conference’s first Indie Game Design competition. Verner won.

Her winning video game design featured twelve original characters including a candy-coated girl named Dulcia, who she would later turn into Princess Sweet and became the basis for the Flavor Kingdom seen in A Balanced Breakfast.

But Verner did more than win. She left impressed by what she saw at MDC’s Miami Animation & Gaming International Complex (better known as MAGIC). In 2018, she enrolled in the program to work toward an associate in science degree in animation and game art.

“My passion is more geared toward visual development, character design, concept art and storyboarding—the actual creation of the ideas and the characters in the story,” Verner said. “I feel like MAGIC gave me the opportunity to pursue 2D animation and my dream.”

Verner originally created A Balanced Breakfast as her final capstone project, where some contestants got a chance to pitch their idea to executives and professionals partnering with MAGIC at the time. After being selected by the judges, Verner made her pitch to this year’s partner—Nickelodeon.

“We are very proud of the work Brenna created together with all the students who participated in this animated film production with Nickelodeon,” Ferrazza said. “Our partnership with Viacom CBS embodies the essence of the MAGIC program, working with industry partners to guide students and teach valuable skills targeting the animation industry.”

Production for the short film began last spring but the team ran into a few issues. No one knew how to use Toon Boom Harmony—an animation software that serves as the industry standard.

When they figured it out, the team was hit with a bigger obstacle: the pandemic. That prevented them from accessing the equipment at MAGIC’s computer lab and made collaboration harder.

But they adjusted by working longer hours to make the project happen.

Aside from creating video games and short films, Verner teaches animation for DaniMation Entertainment, an autistic talent development company based out of Los Angeles. The program features students of all ages. They learn how to design and animate cartoons using industry-standard software.

“I feel like this is the most rewarding and fulfilling thing I have done in my life,” Verner said. “A lot of my students have disabilities such as autism. They give students the opportunity to learn animation and train them to be assistants and employees, which is great because I get to help all these kids create their own cartoons and movies.”

She also works at Arts 4 Learning, a non-profit organization dedicated to advancing arts education in her community, and Varsity Tutors, a live learning platform that connects students with professional personalized instruction.

In the future, Verner, who is scheduled to graduate from MDC at the end of the spring semester, hopes to make A Balanced Breakfast into a cartoon series.

“I have a bunch of little flavorful adventures that I am cooking up for the girls,” Verner said. “I do want to share that little by little on Instagram. This has the potential to be a full-blown series.” 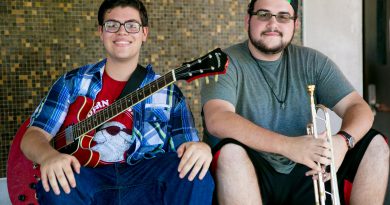