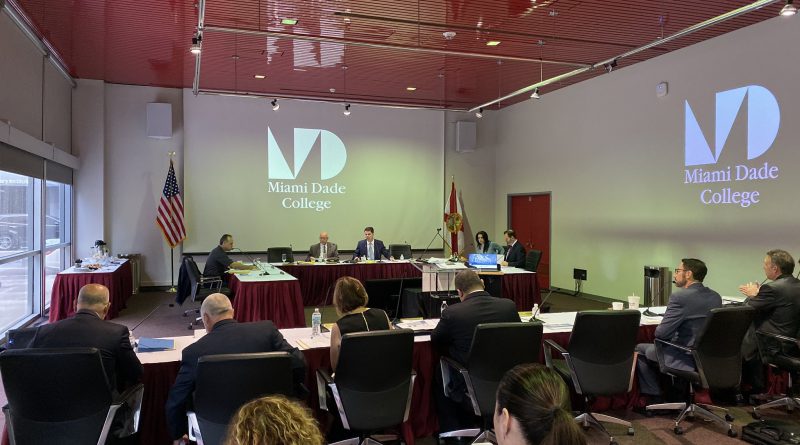 The hunt to find Eduardo J. Padrón’s successor has been filled with uncertainty, but one thing is clear—it will be costly.

On Oct. 7, the Board of Trustees selected AGB Search to continue looking for the College’s fifth permanent president. They voted 6-0 with trustee Benjamin Leon III absent.

The academic firm, based in Washington, D.C., will charge a third of the incoming president’s salary and $16,000 in consultation, lodging and advertising fees. The cost of working with AGB Search could surpass $182,000, based on a $500,000 compensation package for the new president used to negotiate the initial contract with Diversified Search.

“AGB Search is delighted to be selected as Miami Dade College’s search partner for the College’s presidential search,” said AGB Search Associate Managing Principal Melissa Trotta in a statement. “We look forward to bringing forward a diverse and talented pool of candidates for the Search Committee to consider, and ultimately, to the identification of the ideal leader to guide Miami Dade College into its next chapter of excellence.”

Miami Dade College was stuck with a $167,739 bill after Diversified Search conducted the original probe. It failed to yield a successful candidate.

In the end, MDC could shell out more than $350,000 to find a new president. Although funding used for the search can’t cover student tuition, it could hypothetically pay for 82 students to take 36 credits during the fall, spring and summer semesters.

The firm will work for five months and provide an additional year of transitional support for the incoming president. If a candidate is not selected, they promise to continue the search and waive their retainer fee.

In their written proposal to the College, AGB Search outlined that they typically hold semi-finalist and finalist interviews held by the Search Committee off campus.

The firm is currently conducting eight presidential searches in the U.S, including for the University of Nebraska, Nazareth College and Concordia University in St. Paul. They have facilitated eight presidential searches at Florida institutions. Last year alone, they assisted with the selection of Broward College’s president, Gregory Adam Haile, and are currently conducting Barry University’s search.

Ironically, they also helped install Paul Broadie II as the president of Santa Fe College in Gainesville, Fla. Broadie was one of four finalists in MDC’s first presidential search.

They charged Broward $123,919 for a four-month search. Fees included a $90,000 contracted amount and the remaining $33,919 used for consultation, travel, lodging and recreational expenses, according to invoices The Reporter obtained from Broward College.

“They did more homework on MDC than the other two,” Vice Chair Carlos Migoya said at Monday’s meeting. “The energy and interest in working with us is stronger than anyone else.”

The terms of the contract have not been finalized, though it is expected to be completed by the end of the month, according to Vice Provost Iliana Castillo-Frick. So too is the outline of the process itself, with workshops necessary to work out the terms.

“It’s a matter of working with the Board in conjunction with AGB to develop the parameters,” said Chairman Bernie Navarro. “I think community input is very important.”

In the initial search, the College was billed a $150,000 retainer fee that was split into three separate payments.

In addition, Diversified Search received three additional payments from MDC that totaled $13,500 for research and office expenses. The search firm also charged $4,239.10 for consultant expenses; that covered travel and food incurred by either the candidates or employees of Diversified.

Diversified also charged MDC for gas mileage accrued by the firm in meeting with the Search Committee, parking by Morrison for her car in Philadelphia—where she’s based.

Morrison and Diversified did not respond to multiple requests for comment.

After five months, the Board decided to reboot the search, pointing toward the need for a wider pool.

“Whenever you do a search, there’s always a potential you may have to do a second or third search depending on the candidates, so that to me was not a slap in the face,” said Migoya in an August interview with The Reporter. “I think what we’re saying is, ‘you guys have done a great job with what you came up with, but let’s go see if we can find some other candidates.’”

“Presidential searches are very special things that only happen once in a while,” said Director of Communications Juan Mendieta. “We’re not hiring the manager of a mom-and-pop store, no disrespect to them—we’re hiring the president of one of the most important colleges in the country.”

A 2015-16 George Mason University study found that 92% of public and private colleges and universities used search firms to conduct president or chancellor searches.

“It’s almost a mantra with search firms that the only way you could get the best qualified candidate is by using a search firm because [they] claim to have a huge list of presidential potential,” said Judith Wilde, one of the researchers on the study and chief operating officer of the Schar School of Policy and Government at GMU.

“What we are seeing, in the years since that, is quite an increase in the cost,” Wilde added.

Wilde said, from her experience, firms that have a well defined timeline, cost and process have a higher selection success rate. Cost is often not a deciding factor.

“It is not an issue of price,” said Interim College President Rolando Montoya shortly after the Board heard pitches from three firms on Sept. 24. “Cost is not important.” 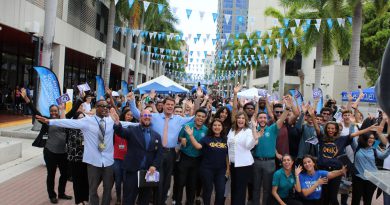 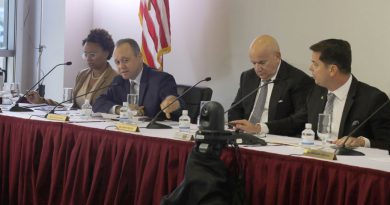