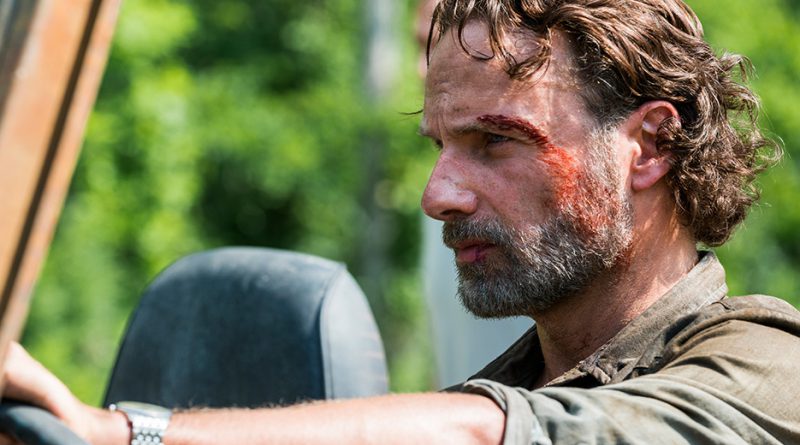 Change Year: Andrew Lincoln left the Walking Dead after eight years as the show's lead, one of many eventful moments for the franchise in 2018.
PHOTO COURTESY OF AMERICAN MOVIE CLASSICS
A&E
January 11, 2019 Ethan Toth

The latest episode of The Walking Dead, titled Evolution, appropriately summarizes how 2018 affected the franchise. With humble beginnings in 2003 as a comic series, it has now spawned: a main show, a spin-off in Fear the Walking Dead, multiple video games, novels and merchandise galore.

This year, however, has been the franchise’s most turbulent yet. It included the loss of  protagonists and major characters in both shows, two lawsuits, three television movies announced, a new showrunner, an almost cancelled video game and a crossover with Tekken 7. It’s hard to believe all of this could’ve happened in a year.

Andrew Lincoln, the star of the main show, left the series after starring in every episode since the show’s debut in 2010. Speaking with Entertainment Weekly, Lincoln cited missing his family and kids as his main reasons for leaving.

“I have two young children, and I live in a different country, and they become less portable as they get older,” he said to the publication. “It was that simple. It was time for me to come home.”

His departure came as a blow to both the fans who’ve stuck by Sheriff Rick Grimes story over eight seasons as well as the cast, who were quick to call each other “family.” Frequent co-star Danai Gurira said this in an Instagram post: “I truly believe Andrew Lincoln is the best leading man on television. He has made us all better with his leadership, dedication, heart, and generosity.”

Even though Lincoln has left the show, he was immediately confirmed to star in three television movies to continue his character.

Who’s to thank for this new direction? Scott Gimple, the showrunner from the fourth through eighth seasons, recently gave up the position and handed the reigns over to Angela Kang, who has been writing for the show since 2011. She has served as co-executive producer of the show since 2013. Gimple is now in the newly created position of Chief Content Officer, overseeing the entire Walking Dead television universe. The move has brought improvement to the show among viewers many of whom have grown increasingly dissatisfied with Gimple’s direction as a showrunner. It seems Kang has breathed new life into the series with better critic reviews, even if viewership has been lower than average for the show.

Moving away from television, the video games have also gone through major events. Firstly, Overkill’s The Walking Dead received less than stellar reviews from critics. Then there is the Telltale Games saga, where the episodic game series was thought to have been canceled after the company filed for bankruptcy. Luckily, the final installment was revived by Skybound Entertainment, a multiplatform entertainment company founded by original creator of the comic book series, Robert Kirkman, as well as David Alpert, a producer for the show.

Regardless of the franchise’s quality or behind-the-scenes drama, there will still be fans living and breathing everything The Walking Dead. Only time will tell whether the show continues to have success or drop dead like previous zombie franchises that couldn’t stand the test of time.